Physical, Mental, and Tactical fight strategies. Everyone who has trained any type of combative martial art needs to understand these key principles and fight strategies. We break our fighting styles down into 5 methods. The brawler The runner The blocker The counter puncher The chameleon         All these styles have different skill… Read more » UFC 268 Michael Chandler vs Justin Gaethje “He is a warrior and we are living in the wrong times.  Me and him should have been fighting to the death in the coliseum,” said the victorious Justin Gaethje in his post fight interview.  Had it been a five round bout instead of three, it might have… Read more »

Top 3 knockouts All of us here at Northwest Fighting Arts would like to wish you a Happy New Year!  While 2021 was another year that offered unique challenges, it also provided some of the most spectacular MMA moments ever witnessed.  So, with the year coming to an end, we thought it would be fun… Read more »

O SOTO GARI While it is always great to have a partner to practice your takedowns we don’t always have someone around. In this video you will learn a cool takedown while getting some great ideas on how you can practice on your own. Do not get stuck in the mindset that you cannot improve… Read more »

The Jiu-jitsu techniques in this video will build your core strength, coordination, and flexibility. There are 20 different exercises in the video. Start small do sets of 10 with each exercise. If this is easy do sets of 20. Once you have memorized the series for Jiu-jitsu abdominal exercises. Play around with it, maybe do… Read more »

In this Jiu-jitsu video we cover 4 different common positions where people get stuck when rolling with stronger opponents. These techniques will teach you how to use angles and leverage to set up the submission without having to see who the bigger meathead is. 1- Mount Kimura opener In this position, your opponent’s arms are… Read more » 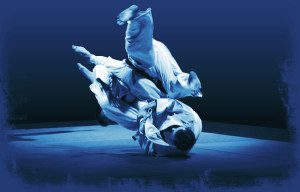 If you study Gracie Jiu Jitsu from a reputable Instructor/Academy it will be one of the most exciting and challenging journeys you will ever take. Gracie Jiu Jitsu is not just about self-defense or getting in shape. It is about understanding yourself, those around you and life in general at a deeper level. When you… Read more »

In the U.S. in 2016, the number of participants (aged six years and older) in martial arts amounted to approximately 3.58 million. Considering the health benefits of MMA, it’s no wonder why this activity is so popular. But it’s not just physically healthy — mixed martial arts actually give your brain and mental health a boost as… Read more »

There’s no doubt that martial arts disciplines such as Brazilian Jiu Jitsu, kickboxing, and Tai Chi have maintained their popularity in the United States. But despite how prevalent these activities are, there’s still a lot of misinformation that continues to spread about them. These incorrect assumptions might dissuade you from participating in one of these… Read more »