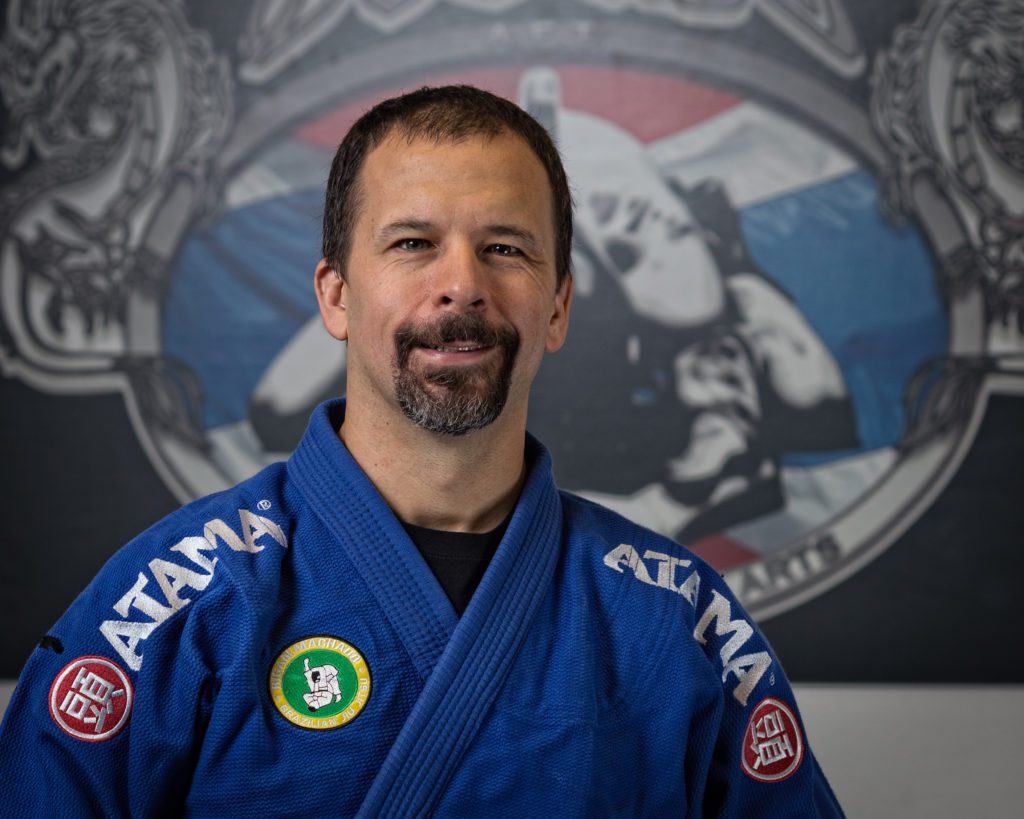 Professor Jeff Patterson started teaching martial arts in 1988, with just a handful of students in his basement. Joining the Marine Corps shortly afterwards, he became a weapons instructor for his battalion teaching knife techniques to over 1000+ people.

Serving for four years, he spent another four at Portland State University earning two Bachelor’s Degrees in business. He used his experience with martial arts and teaching to help pay for his school and living expenses by teaching martial arts on the side, and continued to train with several instructors to further increase his knowledge in the arts.

Professor Jeff opened up Northwest Fighting Arts in 1994 with long-time friend and training partner Sean Haley, who later left to pursue a fight career.  After several years and a few location changes, Northwest Fighting Arts has become one of the largest and most successful schools in the Portland area. There are 500 active students under his guidance and instruction today. 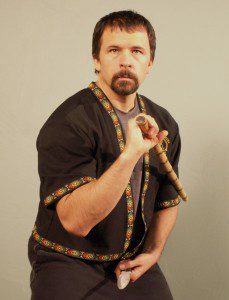 Professor Jeff teaches a variety of classes along with his senior students at Northwest Fighting Arts, and has used his knowledge and skills he’s learned from his instructors to build a highly detailed and in-depth curricula for each respective art.

These Martial Arts include Muay Thai, Western Boxing, Jeet Kune Do, several Filipino Arts which include Kali/Eskrima/Arnis for weapons training and Panantukan/Dumog/Sikaran for empty-hand training. Brazilian Jiu-Jitsu for the ground-game, several empty-hand Tai Chi forms which include the Yang and Chen family-styles, Yichuan, Hsing-I, Baqua, Qigong and many Tai Chi weapon forms like the Sword, Fan, Saber, Long-Staff and Short-Staff.

With over 27 years of experience, Professor Jeff has accumulated enough knowledge to bring a beginner in any of the arts to a full-fledged instructor.

Professor Jeff’s extensive training and expertise in Muay Thai comes from Ajarn Chai Sirisute. Back in 1968 Ajarn Chai brought Muay Thai to the United States, and took an American team back to Thailand to compete and win the Thai Championship in 1982. This was the first time the Thai’s have lost to a foreign country in their own sport. Ajarn Chai has popularized Muay Thai over the years and hosts seminars around the world, teaching tradition and training methods to thousands of people. He has been Professor Jeff Patterson’s personal Muay Thai instructor for over 25 years.

Professor/Sifu Jeff has also trained and honed his skills in Western Boxing, several Filipino Arts and Tai Chi concepts under his long-time teacher and mentor, Punong Guro Leonard Trigg. Punong Guro Leonard Trigg has successfully trained and brought 9 champion fighters for the Olympics in Western Boxing. Under his guidance, Professor Jeff has sparred and trained with several of those athletes and had the opportunity to work with Clayton Hires, who was a sparring partner for the famous Marvin Hagler and now boxing coach to MMA fighters such as Chael Sonnen and Uriah Hall. 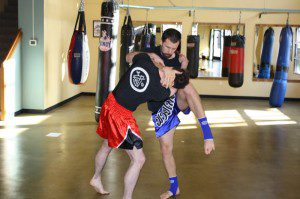 Along with Western Boxing, Professor Jeff has trained in many Filipino Arts and Jeet Kune Do concepts under Punong Guro Leonard Trigg, as well as Guro Dan Inosanto, the late Punong Guro Edgar Sulite and the late Guro Ted LucayLucay. This training has given Professor Jeff 25+ years of training by many sought-out masters of the Filipino Arts/JKD and propelled his skills to an extremely high level.

Surrounded by a wrestling community while growing up, he always had a strong desire to learn more about Brazilian Jiu-Jitsu. Being a 2nd degree Black Belt, Professor Jeff has trained with many masters of the art and has been around the game since 1992. Master Rigan Machado has been his personal and long-time instructor since 1998 and awarded Professor Jeff his Black Belt in 2008. Other influences and instructors Professor Jeff had the opportunity to train with include Pedro Sauer, Rickson Gracie, Anibol Lobo and Fabio Santos. 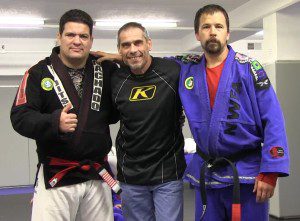 In his 8,200 square foot academy in Portland, Sifu Jeff has taken many students from beginners to instructors using his teaching methods and skills he has learned over the years, and continues to share his passion for the arts to new and experienced students alike. As I write this I look back at all of the training I have done here with Sifu Jeff I have been under his tutelage for over 13 years and continue to be amazed at the depth of the program here. I have seen Sifu bring students up from beginner stages to opening up and running schools of their own.

Sifu Jeff has trained fighters in Western boxing, Muay Thai, MMA and Jiu jitsu. He has trained students who have gone on to fight in the UFC, who have achieved numerous titles and successful fight careers.

All of these accomplishments aside one of the things I find most valuable about the program and organization Sifu has created is the culture and community of our academy. Everyone is focused, humility is the norm and the light hearted friendly nature of the staff  he has placed around him is awesome. If you get the opportunity you will be lucky to have experienced martial arts in this incredible environment that Sifu has created.

This gym is amazing! The people who work here are kind and respectful, helpful, personable. The instruction is focused and coaches helped me to reach goals. The community surrounding the gym is inviting. I love being at the gym and involving myself in the community surrounding it. The BJJ program is fantastic as well as the boxing/muay thai and internal arts! NWFA offers a lot of wonderful instruction without spreading themselves thin. Cannot say enough about this place and the people.