Are Fight-Related Injuries in Muay Thai Just Part of the Game? 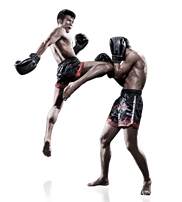 It’s no secret that participation in a combat sport, such as Muay Thai, can result in an injury. These injuries in Muay Thai can vary anywhere between a simple bruise to a completely broken bone, and in many cases, athletes competing in Muay Thai will suffer soft-tissue injuries (sprains and strains) during their fights. Despite Muay Thai’s increasing popularity in the last couple of decades, it yields scant epidemiologic study on fighter injuries.

However, even the small amount of research done by professionals is slowly shedding enough light on this subject, allowing fighters to have a better understanding of the injuries sustained during fights and how to possibly avoid them. So, what are the most common injuries sustained by athletes during fights, and what can athletes do to prevent these injuries from occurring too often?

Check out the Numbers

A recent scholarly article published in the magazine Injury Epidemiology discusses a study conducted that examined the most common injuries sustained by Muay Thai athletes during fights. This study surveyed 195 respondents who were active competitors in Muay Thai, ranging from amateur level to professional level. Fighters who participated in this study reported a mean fight experience of 15.8 fights, and of the 195 athletes, 108 (55.4%) reported sustaining an injury during their most recent fight. The table below shows demographic information of the participants.

What the Number say

This information shows that the sample group being survey was primarily comprised of young male fighters under the age of 35, about one-half were professional fighters, and the median number of Muay Thai fights prior to the survey in the sample was eleven. The overall injury rate for this sample group was 55 injuries per 100 fight exposures; that’s worse than a 50/50 chance that an athlete will finish a fight with an injury. However, don’t let that scare you away from the sport.

The athletes reporting injury were predominantly professional fighters (59%), did not wear protective padding other than gloves (65%), and did not enter the fight with a reported previous injury (59%). Also, when asked about the nature of the primary injury from the fight, respondents reported that the majority of these were bruises or contusions (38.7%), followed by cuts and lacerations (14.4%). These primary injuries were mostly minor and easily treatable. 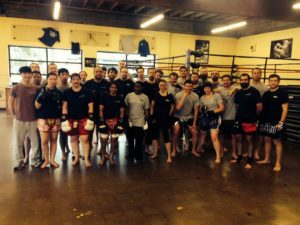 How do These Injuries in Muay Thai occur?

With this information, it is clear that injury is always a big risk when competing in a combat sport. Curiously, the body region that was reported injured the most was the extremities (arms and legs) versus the head or torso, and only 5.4% of the fighters reported concussions. How is that possible? Well, with proper training, you could leave a fight with only minor cuts and bruises. The main reason few head injuries were reported has a lot to do with how the fighters have trained to protect themselves in fights; it’s not just luck.

The reason the extremities are shown to be the primary body region for injury is because fighters are trained to use their extremities to block on-coming attacks from their opponents. Most head injuries occur when a fighter is caught off guard or has dropped their hands too far. Keeping the head and body well protected could mean the difference between leaving a fight able to continue training or suffering major injuries such as concussions and broken ribs. Also, learning to evade and block opponent attacks will greatly lower the chances of injury.