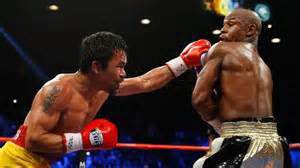 Fight tactics are used by Martial Art competitors. It gives them a focus and overall strategy they need to win the fight. It does not matter whether you practice Muay Thai, MMA or Boxing; understanding these tactics are what will make you successful.
Although these tactics are an essential key in developing winning competitors, the technical skills developed by the competitor are always the most important.
We often refer to fight tactics as “ring craft.” Controlling the opponent and the ring positioning by taking your real state in the ring and being the fighter who determines where and how the fight will be fought.
To best understand what fight tactics you will use in a fight is important to know the physical and technical capabilities of the competitor you will be facing.

For this article, we will look at 3 different scenarios’ and provide you with an idea of fight tactics for each situation.

First- Close the range. This can be done a few different ways. One is by using head movements and footwork to close the distance and get in range to attack. Next, make sure to cover the ground quickly. Taking your time here will give your opponent the ability to get in your rhythm and land the next shot. Also when you get in to range make sure to deliver the strikes as soon as you get in range to cut down on possible counter strikes.
Second- Using a long range trigger. This is the understanding that the taller fighters advantage is taken away when you do not let him dictate when the strikes will be thrown. One strategy you can use is to lean back as you approach allowing you to close the distance while staying further away from his strikes. Then when you are in range deliver your strikes and re-position.
Third- Draw them into your range. Many tall boxers prefer to counter strike when fighting a smaller opponent, giving them the ability to time them when they try to close the distance. So with this tactic stay on the back foot and let him come to you. When he commits to coming in, change to your aggressive mode and deliver your attack. 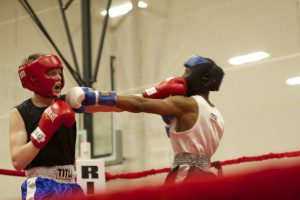 First- Use angle with your positioning and attacks. Usually a shorter opponent will be good at changing elevation and head movement to get in and deliver strikes. In addition to having a great arsenal of long range straight punches, working long range hooks and uppercuts will help you land more strikes when his head movement is good on the approach.
Second- Maintain and control your range. Using your straight punches and footwork will keep you in the right position to remain in control. You can also use the lead or rear hand push combined with straight punches to help maintain the distance. As soon as your opponent steps in, you respond by keeping them at distance. If you have an effective jab it will detour him from wanting to rush in. If you have a masterful jab you can fight anyone.
Third- Pivot using the 1/8 and 1/4 turns to maintain and control the distance. The pivot is extremely effective and a vital part of your arsenal. When the shorter opponent is rushing forward simply pivot and strike to take him out of his forward momentum.

First- As a conventional /orthodox fighter or southpaw you want to move away from your opponent’s rear hand. One method is to keep your lead foot outside of their lead foot and circle in that direction. Using the lead hand strikes and angle side steps will help you maintain this control.
Second- Using diagonal stepping to the outside of your opponents lead foot will give you great positioning to deliver lead hooks. This will also put you in good position for the rear hand long shovel punch.
Third- Cutting off your opponent is a good fight tactic. When they are trying to keep the outside control cut them off with a side step and lead hook to regain control.
There is always a solution to every fight situation. As a coach and fighter it is your responsibility to recognize these scenarios and be able to clearly adjust to a strategy that will give you the needed results.
Please comment below if you have any thoughts or questions on the topic.