Why is BJJ The Best Self-Defense Martial Art Available?

Why is Jiu jitsu the Best Self-Defense Available? 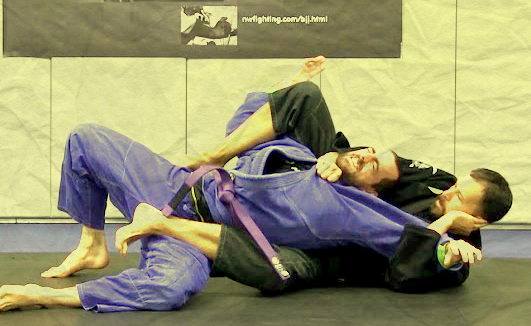 Before we talk about why Jiu jitsu the Best Self-Defense in the world, let’s define the word “best” first. When we say “best”, we’re referring to a martial art that is the most efficient at deterring an unarmed opponent. From this point of view, BJJ is arguably the best in the world. But let’s dive a bit deeper and see why the majority of the martial arts population agrees.

Back before BJJ was created, it was very difficult for smaller opponent’s to defend themselves against larger ones. But thanks to Jiu-Jitsu, things have changed. These days, it’s perfectly common for a 125-pound fighter to compete with a 250-pound fighter, and it’s because the lighter person is more efficient at BJJ.

In a regular boxing match, it’s usually the stronger or taller opponent (who has more reach) who wins the fight. But since fights almost always go to the ground, knowing BJJ, which is a ground-based martial art, will provide you with a huge advantage.

There’s a Reason Why It’s Taught to UFC Fighters

Do you think that UFC fighters would be taught BJJ if it wasn’t the most effective ground-based martial art in the world? Royce Gracie revolutionized the UFC when he used his Jiu-Jitsu skills to beat some of the “best” fighters in the world at the time.

The Most Efficient Path to Victory 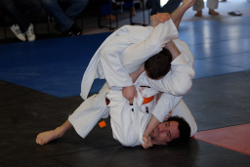 BJJ teaches you how to conserve energy and force your opponent to make mistakes. Only after they make a mistake can you capitalize on it with a dominant position or submission (or both). One of the best positions that you can be in is the “guard”. This basically means that you are on your back with the opponent in between your legs.

Since you are on your own back, you’ll be able to conserve energy while your opponent wastes energy attempting to get away. These are only a few of the dozens and dozens of reasons why Brazilian Jiu-Jitsu is considered the best self-defense martial art in the entire world.