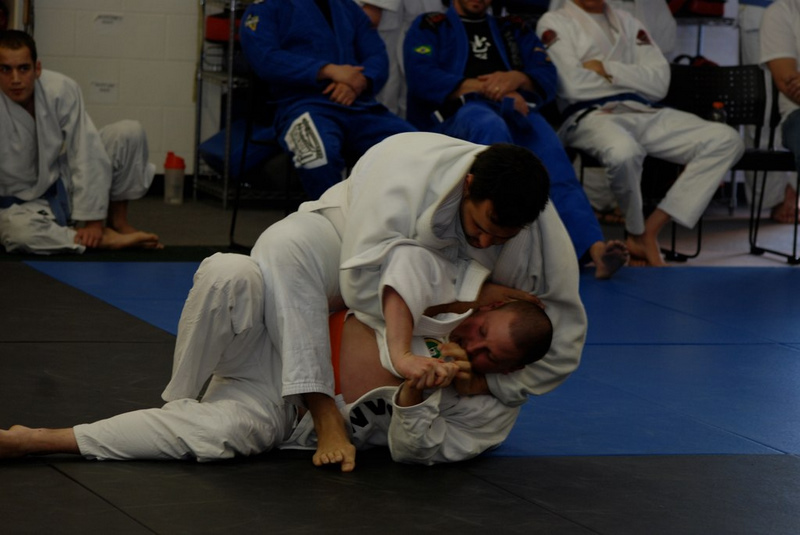 In the early days of the UFC, Royce Gracie was able to use jiu jitsu takedowns on many of his opponents with relative ease. The way he commonly did so was with one of the standard Gracie Jiu Jitsu techniques: the double leg takedown. Anyone seriously interested in being able to bring a fight to
the ground should learn this very basic strategy along with other moves Royce and the other
Gracies used such as pulling an opponent into the guard, tripping an opponent or using a hip
throw.

The basic strategy was very simple. The legs of an opponent were antagonized with a series of
side kicks designed to distract and off balance a fighting stance. When the time was right, Royce
would either shoot in for the double leg or clinching the opponent to break his balance and then
tripping him to the ground. All these strategies might seem very simple and to a degree they are.
These Gracie Jiu Jitsu techniques are also very effective which is why it is suggested to employ
them. If an opponent is not very capable of defending the takedowns, he will usually go to the
ground without much effort. This is certainly what the Jiu Jitsu player would want!

There will be those opponents that do not go down easily but lack the ability to gain control of
the person clinching them. This could open the door for a hip throw right off of the trip attempt.
Your opponent may wish he had merely been tripped after experiencing the impact of hitting the
ground after being brutally hip tossed. The impact one hits the ground with from a hip toss can
be quite jarring and could even lead to a knockout.

…Or You Can Skip The Jiu Jitsu Takedowns and Go Straight for a Standing Submission:

What happens when you cannot take your opponent off his feet with trips or throws or double
leg takedowns? The last resort would be to pull the person into the guard. This is not always the
best option since the opponent can punch from the top position. However, you still have many
excellent techniques you can employ to end the fight quickly from the guard. However, a
takedown allowing you to capture the top position since it would be more dominant.