If you’re an athletic person in general, you probably appreciate the correlation between health and physical activity. With the growing popularity of MMA in mainstream culture, this could lead one to wonder, “What are the health benefits of MMA?” As you’ll see in the following sections, there are many.

Does MMA Have Health Benefits?

What Are The Health Benefits of MMA?

This one might be obvious, but all of those burned off calories are eventually going to lead to a slimmer waste. Depending on where you’re training, and how intense your coaches are, you can expect to burn anywhere from one to three pounds per MMA training session! The key benefit to MMA over say, running on a treadmill, is that mixed martial arts is never dull, and will help you lose weight while having fun, which is ultimately everyone’s main goal whenever they’re trying to lose weight.

It’s estimated that by 2050, approximately 1 in 3 Americans are going to be both obese and/or diagnosed with type-2 diabetes. That’s quite a bit. Fortunately, experts have suggested that consistent, hard paced exercise routines (like those brought on by MMA training), can dramatically lower your risk for developing type-2 diabetes. On the same token, regular exercise has also been proven to increase growth hormone levels (which tend to decline during old age), as well as increase the quality of your digestive system. 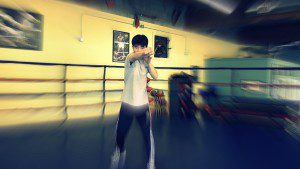 What Are The Health Benefits of MMA?

MMA Can Lead to a Longer, Healthier Life

In the long run, MMA can lead to a longer, healthier life that’s less plagued by disease and discomfort. So if you’ve ever pondered, “What are the health benefits of MMA?” now you know that there are many. Just make sure that you don’t cancel out these health benefits by eating unhealthy foods, drinking excessive amounts of alcohol, or smoking cigarettes while you are training.