Learn How to Conquer Your Fears with Brazilian Jiu-Jitsu 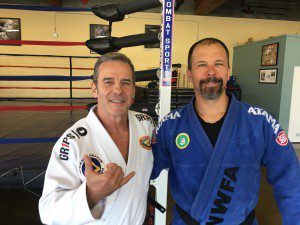 Learn How to Conquer Your Fears with Brazilian Jiu-Jitsu

Ask yourself this question; What kind of person am I?

Person A: An individual who never acts, and always second guesses themselves.

Person B: An individual who acts first, and deals with the consequences later.

A person who is constantly overthinking all their actions will never get anywhere. In contrast, a person who never thinks about their actions becomes a “Bull in the China Shop.” Never learning from their past mistakes.

In the martial arts world, it’s important to have the right approach to learn from previous mistakes, Brazilian Jiu-Jitsu is no different.

Since many Brazilian Jiu-Jitsu moves require precision timing and correct technique to pull it off, finding a balance between taking the initiative to move first, and being patient so an opening appears is a crucial step. 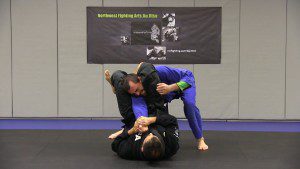 Learning to pass the Closed-Guard for example is a tough feat. An experienced Brazilian Jiu-Jitsu practitioner will have hundreds of hours in that one position alone. When an opening presents itself, if there is any hesitation in the escapee’s mind, the opportunity to escape disappears. If they overcommit, a weak point in the escapee’s position will appear and it will be easier to submit them.

Person A, who hesitates, would benefit from going for the Brazilian Jiu-Jitsu technique without hesitation and overthinking it. Even if they fail, they recollect and learn from their mistakes.

Person B, who forces things, will benefit from slowing things down and using less muscle. This will help them focus on the finer details of their technique, rather than using pure strength to try and pass. Raw strength can only get them so far.

From a Brazilian Jiu-Jitsu standpoint, it becomes a balance of reading the other person and giving them 3-4 things to think about. Then, when an opening appears, taking advantage of the opening created in the process.

It is all about taking a long step in the other direction. Find the middle ground, and learning from those mistakes along the way will produce creative and effective outcomes.

In either case, it’s important to find a balance between both worlds. This is especially true in Brazilian Jiu-Jitsu. Since the game itself is based on leverage, control and having a clear mind.

This concept can be practiced both in Brazilian Jiu-Jitsu and in daily life. Being aware of what type of person you are on and off the mat is one key to growth and success.

Living in the Portland, OR area?