Boxing is considered one of the most popular sports in the world, especially in regions with Europe and the United States. Well-known boxing legends like Joe Louis, Jack Johnson, and Muhammad Ali have all given the sport a great reputation and worldwide recognition. But when was boxing started? And how has it changed over the years? Keep reading to learn more about the wonderful history associated with this iconic sport. 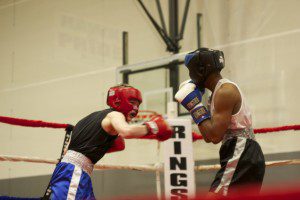 Historical evidence has suggested that early forms of boxing have been around since around 4000 B.C., predominantly in North Africa. It was also common amongst the Greeks and Romans. Back then, the rules were considered relatively crude, and some of the times, the boxers were actually slaves of the city. Around the same time, boxing matches were fought with bare hands, and the rounds were often lethal.

It is estimated that the first signs of documented boxing occurred around 1681 in Britain. The most common reason for boxing matches were to provide entertainment for spectators. A man named Jack Boughtonis was given credit as the first person to establish an official set of rules for boxing matches. He published these rules in 1743, and his motivation was due to the fact that an opponent died in the ring during a match that was highly unregulated. For this reason, he is immortalized as the “Father of Boxing”.

In 1902, a dentist in London named Jack Marles became the first person to invent the mouth guard. While it was only designed for training regimens, it did help keep boxers safer and reduce injuries. Ted Lewis officially became the first boxer to use a mouth guard in a boxing match. After this, the mouth guard started becoming used by professional boxers all around the world during their matches. In 1927, something called the “National Boxing Association” was established. 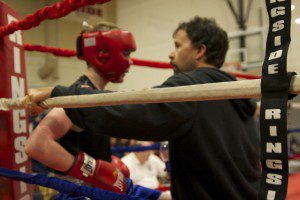 It was designed to seek the best boxers in the world and bring them together in championship bouts for spectators to see. Today, there are three highly-acclaimed boxing organization. They include the WBA, IBF, and the WBC. When was boxing started for the International Boxing Association (IBA)? It was in the year 1946, and it was designed to help promote amateur boxers. Today, boxing remains an iconic sport, primarily in countries like the United States and Europe, and most boxers and fans are optimistic about the future that it holds.