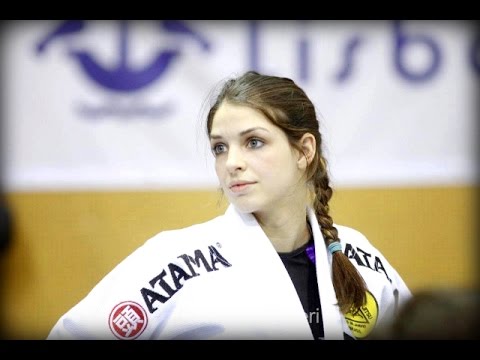 Mackenzie Dern, Women’s Jiu Jitsu world champion has made the jump to professional MMA. She signed with Legacy Fighting Championship in Thursday March 17th. Dern is expected to have her first fight on July 22nd in Dallas. Her opponent has not yet been chosen.

Mackenzie Dern is a women’s jiu jitsu fighter who took the 2015 title at ADCC and at the Wrold Jiu Jitsu Championship. At 22 years old she is a Black Belt under her father Wellingto Diaz (Megaton). She began her training at age 3 with the father and stepmother who is also a jiu jitsu black belt. With their influence and her early start Dern quickly dominated the youth jiu jitsu competitions and began fighting as an adult when she turned 14. Her comeptitive record involved winning a world championship at every level on her way to black belt. Her black belt was awarded to her at the remarkable young age of 19.

The most challenging fight she has faced in women’s jiu jitsu was against Gabriella Gracia. Garcia at the time had been world champion 5 years in a row and clocked in at 190lbs and 6′ 2″. Dern at the time they fought was 121lbs and is 5′ 10″ Their fight lasted 7 minutes and finished with Dern submitted by Garcia with a Collar Choke.

Based on this outstanding display of a fighter’s heart and the impressive training ethic that brought her to this point I expect Mackenzie Dern to become a dominant star in the MMA world.

If you are a woman in the Portland area inspired by Ms. Dern’s ability please contact us. We’d be happy to get you started on your path toward world domination through jiu jitsu 🙂