Why MMA Should Be an Olympic Sport

Few can argue that professional mixed martial arts fighters are the best at what they do. In fact, it could be said that they are the best-rounded athletes in the world. So the argument could be made, isn’t it right to allow these fighters to showcase their abilities to the world while offering them a chance to win a medal? MMA fighters spend just as much time, if not more time, training compared to Olympic athletes. If the Olympics are about showcasing the best athletes in the
world, there’s no question that MMA should be amongst those events.

Why MMA Shouldn’t Be an Olympic Sport

There are two sides to every argument, so we’ll try to be objective and discuss some of the potential drawbacks and/or issues of having MMA represented in the Olympics. One of the primary arguments for why it shouldn’t become an Olympic sport is that the required recovery time after a fight is far too extensive for competitors to fight back-to-back within a short period of time. In fact, most MMA fighters take weeks off after a major bout, so it would be difficult for them to continually fight at their prime in a bracket-styled tournament.

Why Will MMA Be An Olympic Sport?

First off, it’s important to understand the process by which sports are actually accepted into the Olympics. The initial process starts with the recognition of the sport from the IOC (which stands for the “International Olympic Committee”). If the sport becomes recognized, it will then move into IF, or international Sports Federation” status. 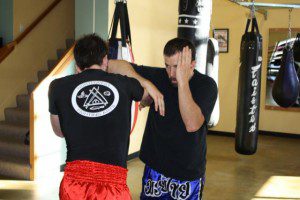 From forward, the sport would become heavily regulated, and things like the Anti-Doping Code would be strictly enforced. A lot of sports have been added into the Olympics over the past century, and some have even been removed. While there’s no telling at this point, there’s always a chance that MMA will make its way into the Olympic scene, finally answering the all-too-common question, Will MMA be an Olympic Sport? Most mixed martial arts fan and fighters can only hope that it will.