Where Should You Look During a Fight? 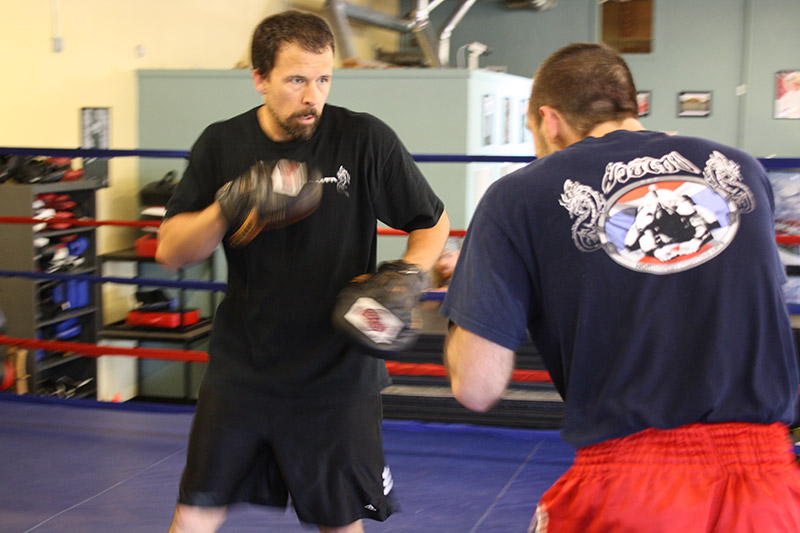 Look Forward During a Fight

It really is that simple. You don’t need to pay any particular attention to a specific body part – just keep your eyes and head looking forward. Be sure to pay attention to your opponent’s upper body, but don’t search for anything specific. Above anything, remember that you should never be looking for their movement!

This is a boxing tip that you need to remember, and it’s also where most boxers seem to receive mixed information. For example, some boxers are told to “always look at their shoulders” because you can see when punches are coming. Or they are told to “look at their eyes” since it can reveal when they’re going to strike. But the truth is that none of this really matters since what you really should be looking for are openings.

Looking For Openings the Right Way

In regards to Portland boxing, an “opening” refers to a temporary disarm in your opponent’s defenses that will allow you to strike (or at least better your position). Openings are where you will want to place most of your focus. It’s where your main targets are going to be. Just make sure that you never “stare” at an opening for too long as this can telegraph your attack.

Remember – You Can See Punches without Actually Looking at Them

Similar to when you’re driving down the street and you can see the cars on the other side of the road without actually looking at them, you should be seeing your opponent’s punches without paying attention to them. Portland boxing tips suggest that you stop looking for specific movements and instead take advantage of any holes in your opponent’s game.

This principle also applies when you’re able to develop an “automatic” defense towards your opponent’s punches. The problem with most beginner boxers is that they often put too much thought into their defense. It shouldn’t be this way. They should be focused on their offensive strategy while their defensive techniques occur without thinking. This is another effective way to “look without looking” while you’re boxing.