What’s The Best Guard to Use During Jiu Jitsu Competition? 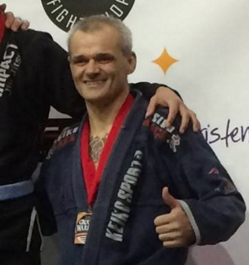 What’s The Best Guard to Use During jiu jitsu Competition?

You’ve trained hard; you’re in shape, and now its competition day. But you’re still wondering: what is the best guard to use during jiu jitsu Competition? As you might already know by now, Jiu-Jitsu is associated with dozens of different guards. These range from the open guard, closed guard, and even the rubber guard. Some guards work better for different people, which is why you see such diversity when attending tournaments.

The Rubber Guard is Great For No-Gi Competitions

If you’re participating in a no-gi Jiu-Jitsu competition then consider adding the rubber guard to your arsenal. While it can take years to master, it’s definitely recommended for all levels of grapplers. The rubber works because it provides you with an ample amount of control.

While your opponent struggles to stand up or escape, you’re conserving your energy and looking for a choke or arm bar. If you’re participating in more than one match per tournament, then the rubber guard is recommended since it will help you conserve energy throughout the day. So by the time match #5 comes around, you’ll still have something left to give.

In competitions that incorporate the gi, you can’t get much better than the good old-fashioned closed guard. Reason being is that trying to incorporate the rubber guard into a gi competition might be a little challenging since there’s going to be less space to move around. Granted, this isn’t to say that you can’t do it – it’s just going to be harder. 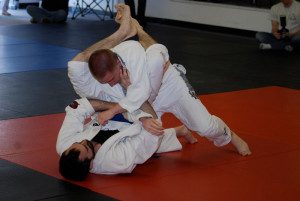 When you have an opponent in your closed guard, always have a hand on their collar in order to break their posture. By breaking their posture, you’ll prevent them from standing up or passing your guard. And once you have your hands around their collar, it’s very difficult for them to break away. At most, they’ll be able to stall, but if you’re the one who threw guard then you have nothing to worry about.

The inverse guard is a type of guard that’s actually a lot of fun to perform. Just keep in mind that this type of guard requires a lot of flexibility. However, the reason why it works so effectively against a wide range of opponents is because they never see it coming. It’s rather unorthodox, and because of this, you can tap out many opponents with it.