What Does BJJ Training Consist Of? 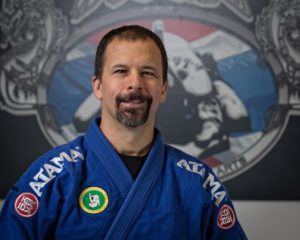 What Does Jiu Jitsu Training Consist Of?

No matter where in the world you train, the majority of BJJ academies are going to operate roughly the same way in regards to their training. What Does Jiu Jitsu Training Consist Of? In a nutshell, expect your classic warm-up drills, which include running, stretching, and sometimes light sparring. From here, your instructor will likely walk you through basic moves and position, and finally end the session with heavier sparring.

Brazilian jiu-jitsu is a sport that rewards grapplers who are flexible. As a result, it’s imperative that you loosen up those parts of your body that are most important in this sport, primarily your legs. At the beginning of class, your instructor will probably have you perform a series of stretches, each of which are designed to stretch your calves, hamstrings, buttocks, hips, neck, and arms. From here you might partake in some light forward/backward rolls, followed by side-to-side and regular jogging.

In jiu jitsu training, light sparring is often referred to as “Flowing”. When flowing, your primary goal shouldn’t be to be the dominant grappler and tap out your opponent as much as possible. Quite the contrary, when you flow, you’re essentially saying, “I’m going to try this move. Give me a little resistance. Then I’ll let you try a move”. It’s a mutual roll that allows both grapplers to work on their offensive and defensive techniques. There are no set rules associated with this part of practice – which is why it’s called flowing!

After warming up and sparring lightly, you’ll probably spend a large portion of the class working on specific moves. Don’t take this part of class lightly! It’s very important that you perform the techniques as if you were performing them during a live spar or self-defense situation. This is the only way that you’re going to truly absorb what you’re learning. You will work on both offensive and defensive moves most likely, which can include arm bar variants, mount escape variants, and collar choke variants.

During live sparring, your primary goal should be to tap out your opponent as much as possible (unless they are a much lower belt than you, in which case, you should still go hard but also teach them what they’re doing wrong and give them a chance to fix it). What Does Jiu Jitsu Training Consist Of? Basically, it’s going to include warmups, flowing, in-depth move practicing, and finally, live sparring.