What Do You Expect to Get from Practicing the Forms of Tai Chi? 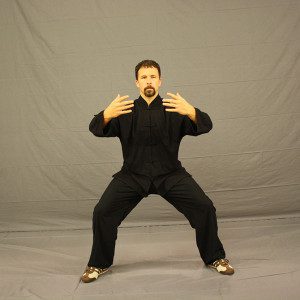 Those who take part in regular Tai Chi classes, such as those taught in Portland Oregon, will learn the numerous forms that are intrinsic to this martial art. Is it the forms themselves that make Taiji the successful form of exercise that it is? Do we place too much emphasis on the forms themselves or are those of us who are learning them getting the full meaning, value and intent behind each subtle movement? In all honesty, you can ask the same question of any martial art from Aikido to Wu Chien Pai as each consists of a number of forms.

So then, are we practicing the forms of Tai Chi merely to learn them by rote fashion or are we hoping to derive tangible benefits from what we are doing. If your only intention is to practice the series of forms until you can repeat them in the same way you learned your catechisms in school, you might as well be punching the bag that a boxer uses to practice on. You are still going to get a physical workout, but you will be missing out on the real benefits of taking part in Tai Chi Chuan exercises.

What many beginners fail to realize is that there is far more to learning and practicing the forms of Tai Chi than simply learning to mimic what your instructor is showing you. As you learn each new form, you will find that it consists of a number of individual movements. In order to perform the form correctly, you must not only learn each individual movement, but learn to transition from one to the next smoothly.

Practicing the Forms of Tai Chi

The level of concentration to achieve the perfectly smooth flowing movements that are the mainstay of Tai Chi becomes a form of meditation. If you were to ask a person who has been practicing Tai Chi Chuan for years what they get out of practicing the numerous forms, they are likely to tell you that they are left feeling relaxed and energized at the end of their practice in ways that nothing short of simple meditation can achieve.

In fact many refer to Tai Chi as moving meditation in that you learn to focus on each tiny movement that is part of the whole form in such a way as to block out all other thought. It is this ability coupled with the obvious physical activity that the western medical world is only now beginning to see as being of significant benefit in the treatment of many maladies. With this in mind, if all you are expecting to get out of Tai Chi is a workout, you are cheating yourself out of the real benefits that the forms have to offer.