Using the Fake Headlock to Setup the Butterfly Guard

One of the more common types of guards that you will witness during Jiu-Jitsu competition is the butterfly guard. As you might already know, this type of guard is versatile, efficient, and can allow you to reach a wide range of sweeps and submissions. But getting there can be a little challenging, especially against a seasoned opponent. 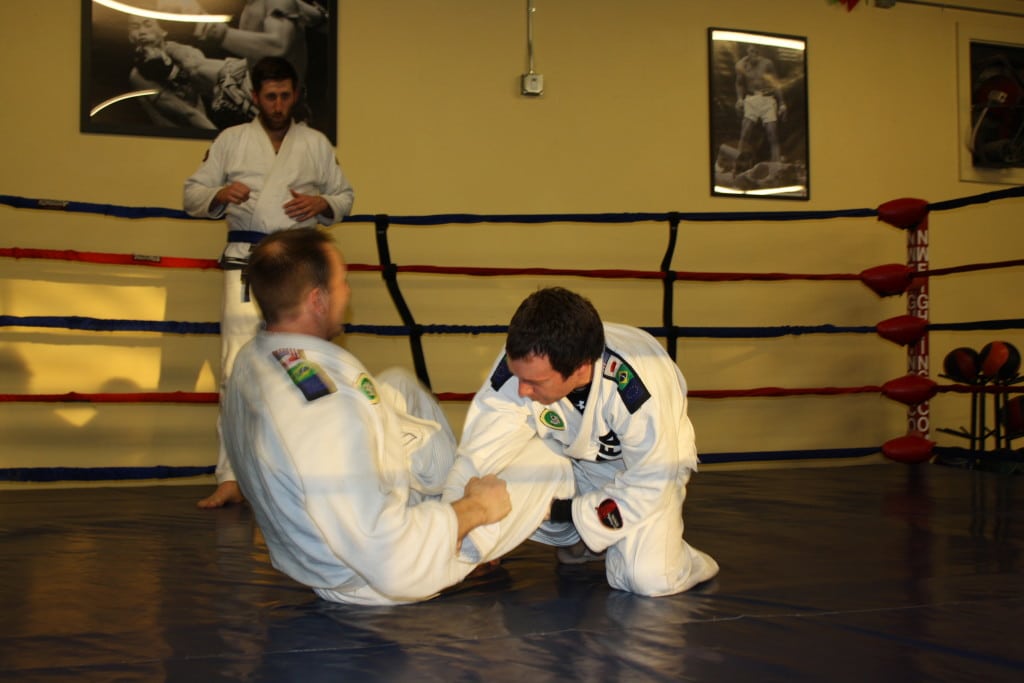 Note that if you fail to setup a butterfly guard properly, you put yourself at risk of having your guard passed. So in the following sections, we are going to talk about how you can use the fake headlock to setup the butterfly guard so that you can be in a better position to try sweeps and
submissions during Jiu-Jitsu competition.

With this move sequence, you are essentially closing the distance with your opponent by using a schoolyard headlock (in which you wrap your hands around their head in a headlock position without the arm). But the key is to “fake” the headlock so that you can transition to the butterfly. The reason this works is because your opponent is likely going to take the bait and bring their arm inside, allowing you to bring in your legs for the butterfly guard.

How to Perform the Fake Headlock

To perform the fake headlock, start on your buttocks and act as though you are trying to establish a clinch. During Jiu-Jitsu competition, it isn’t likely that your opponent is going to just give this to you. When performing the fake headlock, you should post up with one arm and go for the headlock with the other. As you close the distance to get into clinching range, make sure that you wrap your hand around your opponent’s head and use the other hand to reach around their armpit. From here, it would be relatively simple to slide in your butterfly hooks. Just remember that this technique needs to be performed quickly and precisely. Otherwise, your opponent will react, recognize the situation, and you’ll need to start from scratch.

Once you have secured the butterfly guard, you will have a wide array of attacks and sweeps as your disposal. For instance, you can try the classic butterfly sweep, which involves hooking your opponent’s arm, scissoring your leg around their knee, and lifting your hips. This tends to be a high-percentage move that works against a lot of opponents. Another thing you can try is setting up the guillotine with a fake-sweep. You would essentially perform the same steps as you would with the classic butterfly sweep, with the only exception being that when your opponent posts up their hand, you bring in your arms for the choke.