Top 3 Punch Block Counters That Every Grappler Should Know

BJJ is inherently a self-defense sport. Due to the massive amount of media exposure that BJJ receives for its tournaments, it can be hard to remember this. And since it’s a self-defense sport, there are three very important punch block counters that you have to learn. 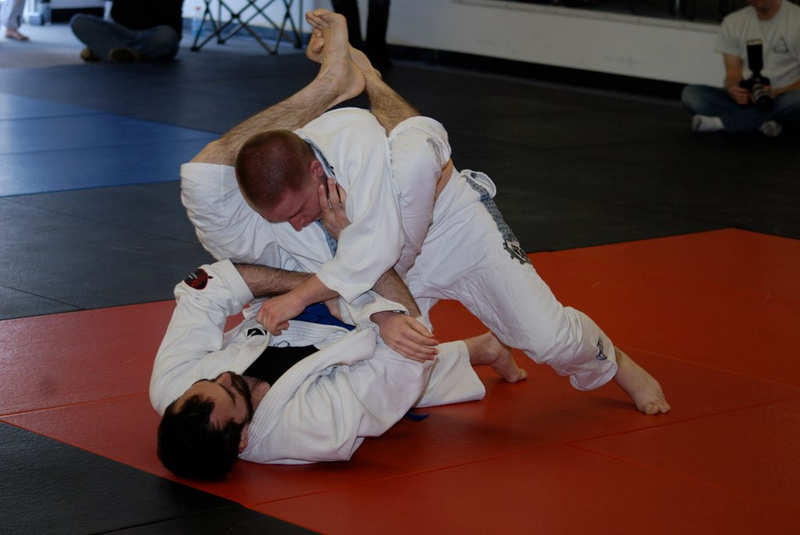 This technique is perfect for when an opponent is throwing a wild “haymaker” towards your head. Basically, place both of your arms up to block the punch. Use the arm closest to the punching hand to wrap your opponent’s arm. Place your free hand behind your opponent’s back. Finally, step between your opponent’s legs and throw them onto the mat. Make sure that you maintain control throughout the throw for optimal results.

This technique starts off roughly the same way as the first one. The primary different is that instead of throwing the opponent, you’re going to be bear hugging them to the ground. This variation is basically going to be your “Plan B”. If your opponent resists the throw, and attempts to turn their body towards yours, this is the move that you’ll want to perform.

If done correctly, the success rate for the bear hug in this position should be 95%. Also, this move, along with the first one, can effectively be used against opponents who are bigger and stronger than you are. But if either of these two doesn’t work, you’ll need to move on to “Plan C”, which is equally as effective.

The duck under and go behind is a move that will be used whenever your opponent is throwing a straight punch rather than a haymaker. “Ducking” under your opponent’s punch is how you perform the move. Once you’ve done this, quickly get your chest on your opponent’s back.

Grab one of their wrists across their body from behind, and maintain a steady control. Once you feel that your opponent is off-balance, use one of your feet to trip them to the floor. As they fall, make sure that you maintain control. With any one of these variations, you can transition into your regular BJJ moves, including arm bars, chokes, or leg locks. Above all, all three of these punch block counters are ones that every grappler needs to know in order to become as efficient a grappler as possible.

Here’s a video of Master Rigan Machado explaining a control drill at our school in Portland, Oregon: