Three Reasons Why You Should Learn Brazilian Jiu Jitsu 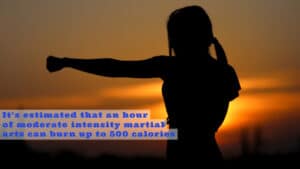 You may begin to see the health benefits of jiu jitsu before you’re even out of your Brazilian jiu jitsu basics classes. This is in part because martial arts, in general, provide great workout opportunities. It’s estimated that an hour of moderate intensity martial arts can burn up to 500 calories. Comparatively, it can take much longer to burn the equivalent amount of calories with basic cardio exercises. Not only does jiu jitsu offer the opportunity for people to engage in cardio exercises — it also allows them to tone their muscles, and lose weight. One of the great aspects of working out in this sense is that there is a build-up of sorts. Brazilian jiu jitsu basics classes start out relatively light. Therefore, the participant builds up a level of tolerance to that type of exercise, and by the time it’s time to move up to the next class level, they’ll be ready. Another great thing about doing this sort of exercise in a class setting is that it ensures the safety of all involved. If you try to teach yourself jiu jitsu, rather than working your way up through a Brazilian jiu jitsu basics class, you may accidentally hurt yourself.

There’s a reason why many parents choose to enroll their children in jiu jitsu classes — and for that matter, there is a reason why these classes are often sought out by employers who wish to engage in team building exercises. Jiu jitsu helps people build up their confidence levels. While it’s the type of skill that almost anyone can learn, it is complex enough, and requires enough work, that people feel good about having completed it. Another big advantage of this type of exercise is that people feel as if they protect themselves on some level, which further builds up their confidence. Finally, the fact that it involves moving up in classes makes people feel rewarded, another confidence booster!

Although this ties into the level of confidence that jiu jitsu allows people to build, it should not be ignored or dismissed. Many people find themselves feeling unsafe and unable to defend themselves in the world today. While it can be tempting to turn to weapons to solve this problem, it’s much safer for yourself and others to work on martial arts like Brazilian jiu jitsu. Being able to defend yourself with your own body is remarkably empowering, and many people appreciate the power that jiu jitsu gives them. Although you hopefully will never have to use the skills that you learn, having them on hand is nonetheless important, and can make a real difference in a person’s life moving forward.