The Use of Tai Chi in the Treatment of Ankylosing Spondylitis

For those who are not sure what Ankylosing Spondylitis is, AS is described as being a chronic inflammatory rheumatic disease that most commonly affects the sacroiliac joint and the spine. The use of tai chi for treatment has shown to be very positive.

Among the most common symptoms of this disease is fatigue, a reduced level of physical of activity and in many cases problems sleeping. There are a number of physiological issues such anxiety, depression and stress that are also associated with AS. As you can imagine attend a Tai Chi class such as those available in Portland Oregon can offer some relief for many of these symptoms.

One of the main problems for patients with Ankylosing Spondylitis is that they often do not receive a diagnosis until the disease is significantly advanced due to its deceptive nature, in that these symptoms are also relevant to a number of other diseases and conditions. The main aim of any AS treatment is to try and prevent the stiffness and flexion issues that typically accompany it.

At the same time the treatment needs to help boost the mental state of the patient. Today a number of doctors are beginning to see a correlation between the need for an effective form of therapy and the practice of Tai Chi Chuan. While first line treatments for this disease have long been the use of NSAIDS and anti-tumor necrosis factor medications, they have also been combined with some form of physical exercise.

It is known that maintaining a certain level of physical exercise allows patients to exert a level of control over the symptoms of AS, in particular over the pain and mobility issues. This is where doctors are finding that the use of Tai Chi offers one of the best alternative therapies. This is because, not only does this marital art involve gentle physical exercise, participants also learn very specific relaxation techniques whose roots go back many centuries.

While no comprehensive studies have been completed to prove or disprove this theory, others have been conducted with regard to Rheumatoid Arthritis and Osteoarthritis. These studies have shown that attending Tai Chi classes and then continuing to practice the forms has decreased the severity of the symptoms of both of these diseases and in many cases eliminated them altogether. 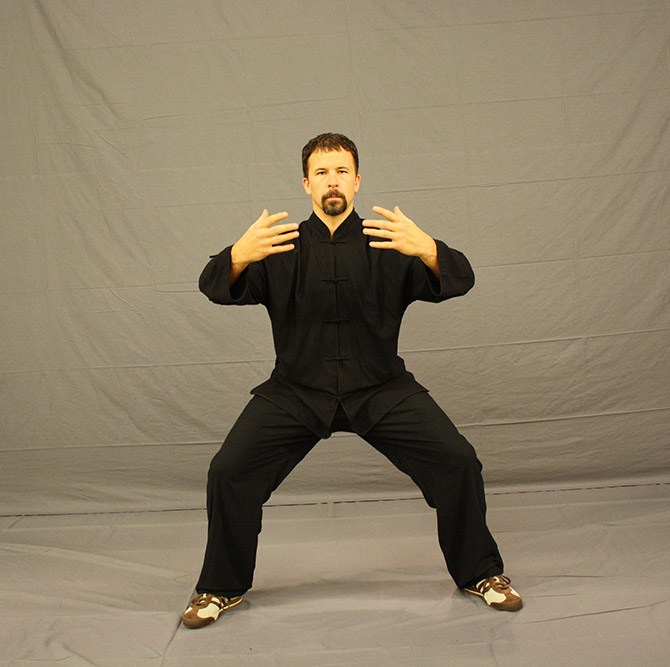 The Use of Tai Chi Helps Ankylosing Spondylitis

When a person participates in a regular program of Tai Chi, it has been found to improve their muscle control, sense of balance, aerobic capacity and most of all their ability to focus and control pain. A recent study completed in 2007 at the Korean Institute of Oriental Medicine concluded that Tai Chi Chuan may in fact serve to improve the flexibility and positively affect the level of disease activity in patients suffering from Ankylosing Spondylitis and that it may be an effective form of treatment.