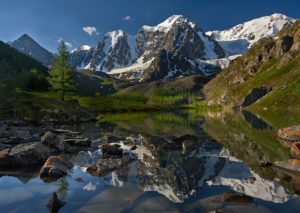 To those who truly practice Tai Chi in its original form, they will tell you that the practice of this ancient Chinese martial art and that Tai Chi philosophy is based on the principles and philosophy of Taoism. However, there is more to it than that as you might surmise by the fact that that the Yin-Yang symbol is used to depict Tai Chi Chuan. In reality this martial art is an active depiction of both Taoism and Confucianism. These were two different but similar approaches to dealing with the social and political climate of Ancient China.

If you take a good look at the philosophies of Confucianism, you will find that they tend to be more concerned more with the overall social conditions of the times along with the conduct of people and society in general. On the other side of the coin, you have the philosophies of Taoism, which are far more concerned with the individualistic and mystical characteristics and is influenced by nature. As you can see these philosophies are very closely related to Tai Chi philosophy in many ways.

The essence of Tai Chi Chuan is a peaceful practice that is more about self-defense than it is about attack and as such, this goes right along with the tenets that Confucius laid down many centuries ago. It was his goal to restore peace and order to all the provinces of Ancient China. In order to do this, he felt that we would need to restore the very traditional values of virtue. In his mind he felt that the ancients were the only ones who really understood the relationship between heaven and earth.

On the other hand Taoism is based on a single principle; this is that the Way or the Tao is responsible for all of the material things in the world and all of the changes in the world. A proper way to put this would run along these lines, “The Tao Te Ching can be translated as the Law of Virtue and its Way”. One should follow the natural forces in the world rather than fight against them and by doing so; one will learn to be harmonious with their own essence or the Tao.

To look more closely at how this relates to Tai Chi philosophy, one has to realize that the practice of Tai Chi actually provided an outlet for both Confucianism and Taoism. This can be further explained thusly; the physical training and self-improvement that goes with it, can be seen to not only affect the individual practicing Taiji, but in doing so it would serve the state. By teaching their students how to control their mental stresses, the masters felt that this would serve to reduce the outward or physical reactions that their levels of stress had been creating.

Tai Chi is for Everyone

Whether you are simply looking for a low impact exercise regimen, a self-defense course or nothing more than a way to relax and find your inner peace, all of these are part of the Tai Chi philosophy. As you can see the philosophies around which Tai Chi is based upon are far older that the practice itself and are really aimed at helping you achieve a level of peace within yourself and with the world around you.