The History of Brazilian Jiu-Jitsu 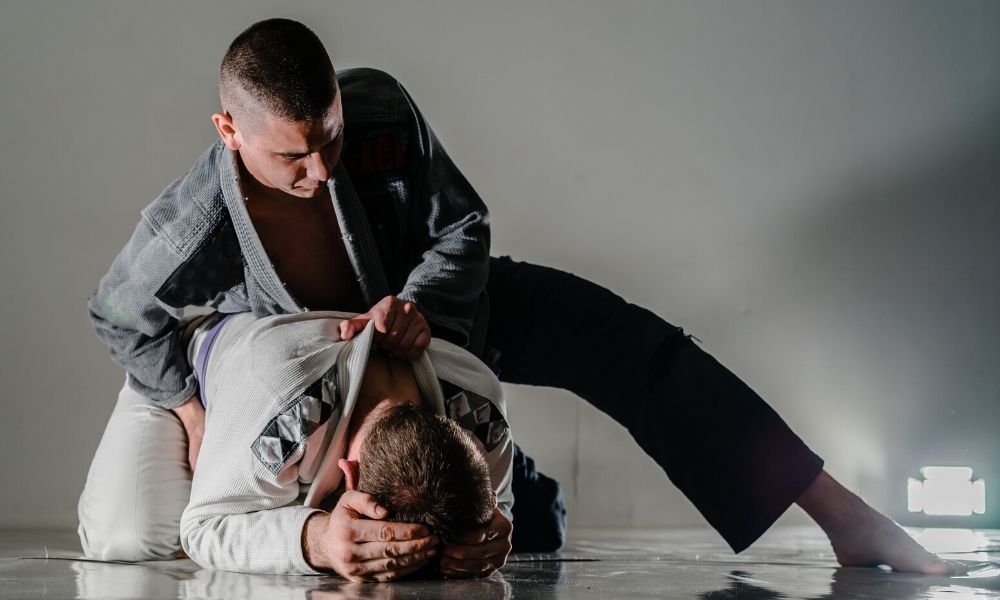 Brazilian Jiu-Jitsu is known across the world as a highly effective martial art used to best opponents of greater size and strength through leverage, joint locks, and chokeholds. It is also an irreplaceable part of mixed martial arts fighting. But where did it come from? Here’s the history of Brazilian Jiu-Jitsu.

Jujutsu
In feudal Japan, during the Muromachi period (about 1336 – 1573), jujutsu developed as a conglomeration of weaponless fighting techniques used by the samurai warrior class during their many battles. Unlike in other regions of the world, Japanese techniques focused on throwing, choking, pinning, and joint locking. This was because the moves were created for the armored samurai who were mostly impervious to bare-handed strikes. If a samurai found himself without a weapon against an armed foe, he could use jujutsu techniques to overcome him.

In 1882, Jigoro Kano took the ancient traditions of jujutsu and used them as a basis for his formulation of the martial art judo, also known as Kodokan judo. Unlike the jujutsu systems that preceded it, judo places heavy emphasis on randori, or free sparring, over fixed sequences called kata. Kano also applied the principle of maximizing the efficiency of movements while minimizing the effort needed to perform them. This is where the idea that a weaker person could overcome someone stronger through evasion, and unbalancing an opponent came into light. The practicality with which Kano endowed judo made it effective against the jujutsu techniques of the traditional schools, and it gained traction as he and his students successfully defeated challenger after challenger.

Many were eager to become students of judo and improve their fighting prowess, and this included a man named Mitsuyo Maeda. Among Kano’s many pupils, Maeda came to stand out as one of the best, and so he was sent to the U.S. to demonstrate judo’s virtues. From there, Maeda traveled to a few countries in Europe, Cuba, Mexico, and Brazil to compete in bouts with all kinds of fighters. Along the way, he earned the nickname Conde Koma (Count Combat) in Spain because of his impressive victories. One of his most notable fights was against a capoeira expert called Pe de Bola. In addition to towering over the five-foot, five-inch Maeda at six feet, three inches, Pe de Bola was allowed to use a knife. Even still, Maeda quickly disarmed him and came out victorious.

Eventually, Maeda came to live in Belém, Brazil, and he began teaching jujutsu (judo wasn’t recognized as a separate martial art until later) in an academy he opened there.

Upon seeing a demonstration by Maeda in 1917, a teenage boy named Carlos Gracie determined that he would like to learn judo. After several years under Maeda’s tutelage, Gracie went on to teach his siblings the martial art and open his own school in Rio de Janeiro called the “Academia Gracie de Jiu-Jitsu” in 1925. His now-famous advertising slogan was: “If you want to have your arm broken, look for the Gracie Academy.”

Because of his time with Maeda, Carlos Gracie imbued his fighting style with concepts such as using a foe’s strength against them and focusing on free sparring, which had set Kano and his students apart from their contemporaries in Japan. He and his brothers also challenged anyone willing to fight. They defeated challengers of all fighting styles and continued to refine their skills. Over time, their version of “Jiu-Jitsu” or judo became distinct from the Kodokan judo of Japan, with divergences in rules. Judo included more sweeps and throws used while standing, while Gracie’s Jiu-Jitsu primarily focused on ground fighting.

Out of the Gracie brothers, the youngest, Helio, was physically the weakest. However, this led to him adjusting the skills that he observed his brothers using to further rely on leverage rather than strength. Not only did this have a lasting effect on the Gracie’s Jiu-Jitsu as a whole, but Helio also distinguished himself as one of the most accomplished fighters of them all.

At the same time, other students of jujutsu, who learned from Maeda and other Japanese judokas (judo practitioners) such as Geo Omori and Soshihiro Satake, were refining their techniques and fighting prowess. Notable among them was Luiz Franca, who spread what he learned to local policemen, soldiers, and the poor. His student Oswaldo Fadda was known for teaching for free in public areas so that people from the slums could learn the martial art, and he’s considered one of the founders of Brazilian Jiu-Jitsu. Later, Fadda opened a school, and his students once bested those from Helio’s school in a competition.

In 1967, the National Sports Confederation of Brazil approved the founding of the Jiu-Jitsu Federation of Guanabara. Among its head members were Helio and Carlos Gracie, as well as Oswaldo Fadda. The Jiu-Jitsu Federation worked to order the rules and teaching of Jiu-Jitsu. They put a belt system in place, where adult students would advance from white belt to blue, purple, brown, and finally black. The Federation also outlined how points would be awarded to practitioners in competitions for different moves and dominant positions they attained. A time limit of five minutes accompanied this as well. Regulations continued to be fleshed out as the years went by, and in 1973, the Brazilian government officially considered Jiu-Jitsu a sport.

In the 1980s, members of the Gracie family immigrated to the United States and started academies there. It was at this point that their Jiu-Jitsu began to have the name of Brazilian Jiu-Jitsu, as we now know it. Then, in the 1990s, Brazilian Jiu-Jitsu gained global recognition when Helio’s son Rorion co-founded the Ultimate Fighting Championships, in which his brother Royce defeated many larger opponents. In those early fights, it became clear that the grappling and submissions of Brazilian Jiu-Jitsu were a necessity in open events where any fighting style could be used. As a result, Brazilian Jiu-Jitsu became fundamental to mixed martial arts. Around the same time, Carlos Gracie Jr. also created the International Brazilian Jiu-Jitsu Federation to host world tournaments for the martial art, which BJJ practitioners compete in to this day.

Does this history leave you eager to take up Brazilian Jiu-Jitsu yourself? If you want to become a part of the rich legacy of the art, consider joining classes at Northwest Fighting Arts to learn Jiu-Jitsu in Portland, Oregon. Contact us today!