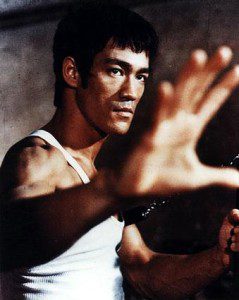 Tai Chi offers many benefits to seniors. Although most of us tend to view martial arts in any form as something for younger people, if you look in the average Taiji (Tai Chi) class in Portland, Oregon, you are quite likely to see a number of senior citizens actively participating. Today’s seniors are far more active than those of just a few years ago and as such are learning the importance of regular exercise in their lives. Rather than settling for simple and boring power walking or gym based strength training exercises, many are turning to Tai Chi with its many forms and graceful movements which take years to master.

Taiji is a no impact form of exercise that has long been known to strengthen the muscles, enhance a person’s endurance and help them become more balanced both physically and emotionally. In fact a study that was recently published in the Annals of Behavioral Medicine found that regular practice of Taiji by seniors significantly improved their overall physical functionality.

Many participants who were having trouble with basic daily tasks such as carrying bags of groceries and climbing a set of stairs reported major improvements after participating in two Tai Chi classes a week for six month. It was also noted that these same people were at far less risk of experiencing a potentially disastrous fall as their sense of balance improved significantly.

As we age we tend to become far less flexible than we were in our youth. This can create a number of problems such as being unable to reach the top shelves in our kitchen cabinets. In turn this leads to using a kitchen stool to reach the food or dishes we keep stored up there and the potential for a fall goes up exponentially.

As the movements associated with Taiji involve balance, muscle toning and no impact aerobic exercise combined with the slow and graceful movements associated with the various forms, they have been found to not only improve the your mental health, but your overall physical health as well. Before long you will be reaching that can of peaches on the top shelf and going out for long walks without running out of energy and becoming winded. As a no impact form of exercise Taiji may be the perfect exercise for seniors.

Try a Taiji lesson in Portland