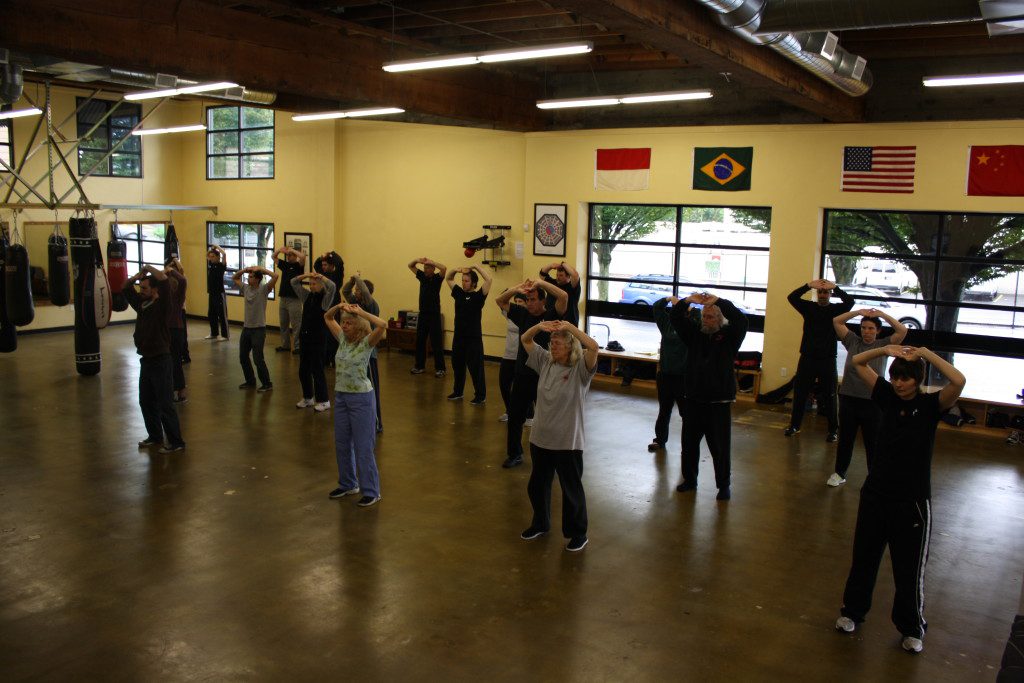 The literal translation, Supreme Ultimate Fist, Tai Chi has long been one of the most popular forms of exercise in China and in recent times this popularity has spread to the United States. What is it about this Chinese martial art that is reputed to have been started by a Chinese monk by the name of Chang San Fen that has drawn so many people to it? What can one martial art offer that will draw together hundreds of people together in parks all over China and now the world to practice the forms together?

One might think that with a name like Supreme Ultimate Fist, Tai Chi would be nothing more than just another aggressive form of martial. While it is true that Tai Chi is a form of fighting, it is not one of aggression so much as it is one of using defensive moves and then the use of carefully orchestrated attacks using hands or weapons to defeat one’s opponent. At the same time you should not get the idea that this is all there is to Tai Chi Chuan.

Also known as “Boundless Fist” Tai Chi is also seen by many as the ultimate form of both physical and mental exercise. Depending on the particular style you are taught, you may be required to learn up to 108 different postures or movements. In order to successfully master these forms, students are taught very specific breathing methods and when combined with the movements or forms, they are often referred to as a moving meditation.

There are three basic elements of the Tai Chi “fist”, one of which is the actual martial art itself that is intended to be used as a form of self-defense in combat. Unlike many other martial arts where force is met with force, in Tai Chi Chuan you learn to meet force by yielding to the force behind it and then “sticking” to it and overcoming your opponent. If you wish to learn this style of fighting, you will need to dedicate many years to your studies.

Getting Physical, Tai Chi is Popular

The physical health aspect of Tai Chi is generally the most common reason that people attend classes and learn the many forms. Between learning to meditate and calm your mind and then relax your body, this creates a complete sense of relaxation. Because this lowers your stress levels, your blood pressure and your heart rate, the overall effects on your physical and mental health can be substantial.

Along with this the meditative effects of practicing the “ultimate fist” of Tai Chi also have a direct effect on your sense of well being and overall mood. There are documented cases where practicing this particular martial art has helped to alleviate depression and numerous other mental health issues rather than using traditional medications. Whether you are looking for what many consider to be the “ultimate” martial art or are simply looking for a low impact workout to improve your health, you will find that Tai Chi Chuan offers exactly what you are looking for.

A video of the: Supreme Ultimate Fist