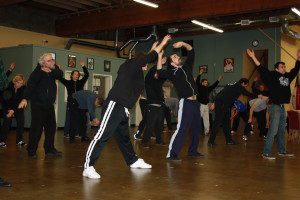 So you keep hearing about the advantages of meditation, doctors, psychiatrists and many others are all touting the major health benefits of this ancient practice. Tai chi is more than just Meditation. You may have even been tempted to try it for yourself, but somehow the idea of sitting down and doing absolutely nothing or at least what appears to be nothing just does not appeal to you. Before we get into explaining how Tai Chi such as you can learn in Portland Oregon can help in the same way as meditation, let’s take a closer look at what is involved in meditation.

To start with, learning the art of mindful meditation is not something that you are going to learn in a hurry, it is going to take you a fair amount of time to master. You need to also realize that many people meditate for a minimum of half an hour every day, those who practice Transcendental Meditation will practice for far longer each and every day. What about Tai Chi, do you have to practice it on a daily basis and if so for how long?

Most of us have a long list of thing that we want to do, such as exercising and meditating along with hobbies and who knows what else. The hard part for us is finding the time that you need to do them all. However, you will find that once you learn the various forms or movements involved in Tai Chi, you will find that you can actually practice it anytime, anywhere and receive all of the incredible benefits that go along with this ancient Chinese martial art.

If you ask the experts, they will tell you that that Tai Chi or as it is also called Tai Chi Chuan or Taiji, is the practice of meditation in motion. Many people are well aware of the fact that meditation can help with many physical and mental issues such as depression, heart problems, how we perceive pain, anxiety and has been associated with alleviating the symptoms of many illnesses such as arthritis, fibromyalgia among many others.

You have to look at it from a combined point of view, as we have shown; meditation is good all by itself and so is exercise as it is movement. When you look at Tai Chi, you are looking at a perfect blend of both worlds. Being meditation in motion, you will learn that you can actually meditate as you are working your way through the various forms that are the essence of Tai Chi Chuan. Anyone can learn to do this and you can practice it practically anywhere in increments as small as 5 to 15 minutes. Now you have no excuse not to meditate as it does not have to involve sitting and doing “nothing”.