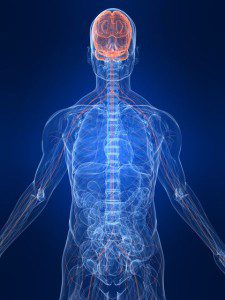 Most people tend to think of Tai Chi in terms of martial arts and think of it as nothing more than just another form of combat. If this were the case then how can you explain the fact that you can walk through almost any city, town or village in China early in the morning and see hundreds of people of all ages practicing Tai Chi in large groups? The simple fact is that the vast majority of these people are taking part in these morning regimens because of the number of Tai Chi health benefits.

How can a martial art have so many health benefits, isn’t the practice of martial arts supposed to be about fighting and self-defense? While the vast majority of martial arts are indeed a form of fighting and self-defense, you will find that in learning to participate in any of them, you are going to enjoy a number of benefits to both your physical and your mental health. In fact many people join classes just for the health benefits of Tai Chi Chuan far morethan for the fighting or self-defense part of it.

Although there are many health benefits of Tai Chi Chuan, perhaps one of the most important ones has to do with the mental health aspect of taking part in these exercises. One of the first things you are taught as a beginner is how to breathe properly. This involves taking long deep breaths that fill your diaphragm and your lungs with oxygen rich air. You learn not only how to breathe, but to count your breaths as a form of meditation.

This alone can have tremendous value to your health as it will help to alleviate your stress levels and your blood pressure. While this might not seem to be a big deal, you have to stop and realize that when you can keep your stress levels down and your blood pressure, your body has a chance to heal itself and to function properly. This is the essence of the Chinese teachings regarding the flow of Chi through your body.

There have been a number of studies conducted over the years concerning the use of Tai Chi in the treatment of a number of different diseases and illnesses. These include numerous forms of cancer, diabetes, Parkinson’s disease and many others. In the early days the medical community refused to lend any credence to the possibility that there were any health benefits of Tai Chi Chuan, considering any stories of what the regular practice of this ancient Chinese martial art had achieved to be nothing more than old wives tales and just short of quackery.

However, in study after study research has begun to show that the rumors of health benefits of Tai Chi were far more than just after school stories. Research has shown that diabetics who practiced Tai Chi Chuan were often able to significantly reduce their dependence on medications. Taiji is considered to be safe for any age and has become extremely popular with the elderly, where it has been proven to be very effective in the treatment of many forms of arthritis.

You will be amazed at the number of major Tai Chi health benefits that are possible with no more than 20 minutes of practice per day. If you are ready to see what regular practice can do for your health, you should consider joining a class as soon as possible. The benefits far outweigh the few minutes you spend each day in class or practicing at home or work.