Tai Chi Fighting – The not so lost art

Dismissing Tai Chi as a form of self defense is a common mistake. The slow, meditative movements don’t show brutal power or speed and the deep calm of the practitioner doesn’t convey fierceness to most. Really, that image should be fine for those that train in Tai Chi fighting. There’s no strutting around with a puffed out chest in tai chi. Or at least there shouldn’t be…

What is unique about the art of Tai Chi Fighting:

Now for some of the issues with Tai Chi Fighting:

Practicing a form doesn’t teach you how to fight. This is true of Karate, Tai Chi, Kung Fu, any form based art. Just like learning how to use a saw doesn’t mean you know how to build a house. Form training gives you a range of tools. Sparring teaches you how to use those tools. 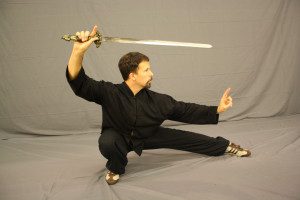 Most people who spar only train against the same style. Remember, your goal with Tai Chi fighting is to be able to defend against anyone… not just your buddy who moves the same way you do.

Theory is not practice, practice is not the real thing. Training gives you powerful tools and drastically improves your odds. When it comes down to the real thing be open minded, do what you need to do, don’t hesitate.

Contact us for more information about tai chi fighting