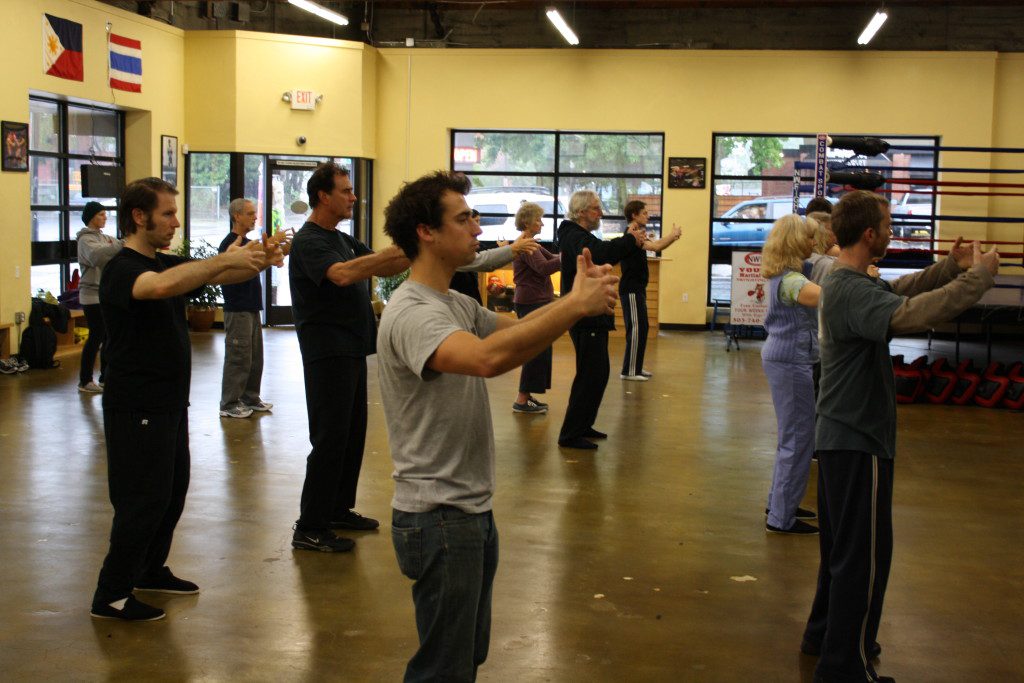 The shortest possible Tai Chi definition would be to simply state that it is an exercise system that was developed in ancient China which consists of slow and very deliberate body movements combined with breathing techniques and meditation. The purpose of this regimen is to allow the practitioner to achieve a state of complete physical and mental relaxation. If this is all there is to Tai Chi, why has it become one of the most practiced martial arts in the world?

While this may indeed be a definition of Tai Chi, it barely scratches what this ancient Chinese martial art is all about and what it has to offer those who practice it regularly. In essence Tai Chi is a martial art with roots that date far back to around 3000BC and the origins of Taoism. However while this is the point at which many of the philosophies of Tai Chi Chuan have been drawn from , the true origins of the forms or movements that are integral to the practice have a mixed history, depending on whose version you choose to believe.

By definition, Tai Chi is in fact a form of fighting or martial art, albeit with one major difference that sets is aside from most other styles. Where the martial arts that most of us are familiar with involve a number of swift movements, hard punches and kicks or throws, Taiji is a much slower paced and more thoughtful form of fighting. Rather than simply go on the attack, this particular martial art teaches you to use these slow movements to confound your opponent in a far more defensive posture and so overcome your attacker and achieve victory.

The earliest teachings of Tai Chi are said by many to have begun with a Chinese monk by the name of Chang San Feng who developed a series of movements and exercises based on those he observed in a fight between a swan and a snake. He then taught these movements to the other monks as thirteen different postures which are considered to be the very first version of Tai Chi and in fact these same forms are still being taught today.

A far more modern Tai Chi definition would be that it is a series of forms and exercises that can help improve your physical and mental health. Most people find that by taking part in regular Tai Chi classes they feel far more relaxed and at peace with their world. This is a martial art that can be practiced by anyone regardless of age and physical condition. You will find that Tai Chi Chuan is now being used to help senior citizens overcome conditions such as arthritis and loss of balance.

As you can see there is no one single Tai Chi definition, except to say that it is an ancient Chinese martial art that is doing exactly what it was intended to do in its original form. This is to help those who practice it improve both their physical and mental health.