Tai Chi Can Help Your Teens Deal with Stress 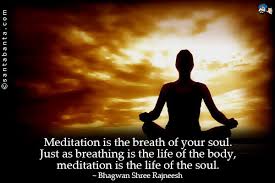 As parents, most of us don’t notice the levels of stress that our teens deal with on a daily basis. Sure we see them act out and in many cases seem to be moody, but in our minds this is nothing more than “typical” teenage behavior and as such we either dismiss it or we discipline them if it gets out of control. The problem is what we are not seeing is much of this behavior can also be the byproduct of stress. In 2010 a study was conducted concerning the use of Tai Chi helping teens deal with stress showing amazing results.

The study involved 156 teens ages 13 and 14 in the 7th grade and as with most studies half the group were used as a control group and these teens were left to simply carry on with their normal school activities. The others were involved in Tai Chi classes similar to those taught in Portland Oregon for 8 weeks. The classes were held twice weekly and lasted for 25 minutes per session. All of the participants were given a questionnaire to fill out at the outset and at the end of the study period. The survey was used to help assess areas such as mental well-being, stress, self-image and psychological distress.

At the end of the study period, it was found that those who had taken the Tai Chi Chuan classes showed markedly less stress and psychological distress and enjoyed a much better self-image than those who were in the control group. These students were asked to tell the researchers how they felt that being in the Taiji classes had helped them. Among the answers were “I feel more alert and awake” and “I work better after Tai Chi”.

This is not the first study to show the benefits of Tai Chi for students of all ages. Similar studies have been conducted with elementary school children and with high school teens and have come to the same basic conclusion. The hard part is getting most kids to participate in Tai Chi classes as most of them will tell you that they find the slow fluid movements and meditation to be boring. Several studies state that perhaps Tai Chi classes should be encouraged or perhaps even required.

Overall the results of the numerous studies show that those children who regularly practice Tai Chi are less prone to becoming stressed, suffering from anxiety, misconduct, hyperactivity and problems sleeping. It is thought that any form of exercise such as Taiji that can have a calming effect on teens can be of great benefit especially to those who are normally vulnerable to the ever increasing levels of stress that come with attending school.