This is the second in a series of ten blog posts which will examine the use of Eskrima fighting styles in famous films. Each article will focus on one of the scenes.

In our modern age of civilization, sports entertainment networks such as World Wrestling Entertainment have replaced the once bloody gladiator battles best known for staining the Colosseum in ancient Rome. The vast majority of combative techniques employed by WWE performers are flashy and unrealistic, meant to wow the audience while keeping the athletes safe from harm. However in WWE funded films such as Wrong Side of Town, their combat choreographers are given a greater budget and more special effects to work with, and in the scene listed as number nine at the above link we see Eskrima techniques employed by both combatants in an emotionally charged rooftop fight scene. 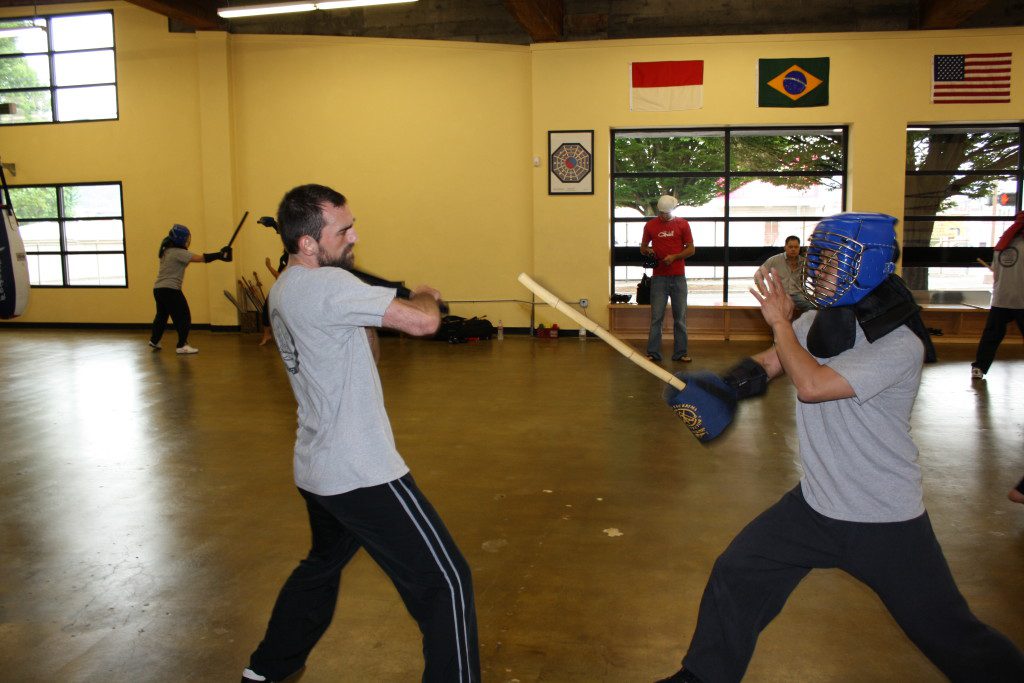 The battle begins with a small amount of behavior that is very far from Eskrima’s system of self defense. When confronted by an unarmed enemy, Big Ronnie sends his ally away and surrenders his weapon. While no self respecting Eskrimador would ever sacrifice such an advantage, this is more an example of the character’s bravado, confidence and experience, necessary to the plot of the film. But once the odds are evened the spirit of Kali rises between the fighters.

The assailant Markus is overly confident in his own abilities, perhaps enraged, and quickly ends up pinned to the ground by the larger man. As Big Ronnie struggles for a finish that will satisfy his ego, Markus follows Eskrima’s simple path of minimal effort and maximum damage. He draws a blade and stabs Big Ronnie in the leg, most likely missing the femoral artery by mere inches. Wounded and bleeding, Big Ronnie’s desire to survive overpowers his wish for a “clean” victory, and he employs Eskrima knife techniques of his own.

In the moments that follow we see a furious, emotionally driven knife fight, reminiscent of the desperate jungle combat of Filipino Martial Arts. As he is briefly outmatched Big Ronnie abandons his ego entirely and bites his opponent’s forearm, gaining a split second advantage from Markus’ shock and pain. Against a less trained opponent the surprise tactic might have led to the end of the battle, but Markus responded with some desperation of his own. Whipping off his own belt and constricting Big Ronnie’s airway allowed Markus just enough space to avoid further damage and escape.

The final getaway represents the spirit of Kali well: Markus could not triumph in the moment, so he chose the path of least resistance and lived to fight another day. Eskrima fighters in the ancient Phillipines would never enter into combat if defeat appeared imminent, so long as escape and regrouping remained a viable option.