An overview of the science supporting the art 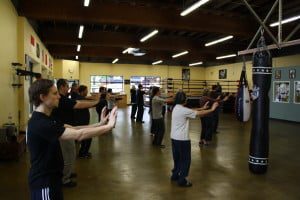 Qigong, Tai Chi Ch’uan, Bagua, Hsing-I and Yichuan are all facets of the Internal Arts and are known for their health enhancing effects. Though they are all related and have similar effects, for simplicities sake we will refer to them as qigong for the remainder of this article.

For some time western medicine has dismissed the notion of Qigong as a clinically effective tool for maintaining personal health. It is easy to understand why this has been the case. The benefits practitioners associate with Qigong are widely varied and in many cases extraordinary. In addition, Qigong was “grandfathered-in” to the modern era. It has been an accepted part of life for literally thousands of years; utilized for the cultivation of personal health, enhancing one’s mental state and developing remarkable strength or martial ability. (The earliest documented evidence of qigong goes as far back as 500 B.C.). Seen from outside, without a history and culture that confirms them, these statements appear beyond believability. However, in recent years studies have been carried out and evidence is stacking up which supports the efficacy Qigong as a health enhancing practice.

In a study of the influence of Qigong practice on the cumulative effects of aging a number of benefits were confirmed. Superoxide dismutase is an enzyme produced by the body which is known to counteract free radicals. In the study group of practitioners the serum level of SOD was 38% higher.

Another study group of patients with medically controlled hypertension were tracked over the course of twenty years. The control group’s (those not practicing qigong) blood pressure gradually increased over that time. Those practicing not only remained stable in pressure levels but were actually able to reduce their drug dosage levels. Also related to high blood pressure, a thirty year study showed an approximately 50% reduction in incidence of death or stroke.

In relation to cancer, patients combining qigong practice with conventional therapy showed dramatic improvements in quality of life: six to eight times greater strength and appetite while going though treatment. Additionally, an observation of patients with gastrointestinal tumors showed that 20% more survived beyond the one year mark by integrating qigong into their care. At the five year mark the survival number was 50% higher.

Anecdotally, there are many stories like that of Yin Xiao Ling, who was diagnosed with a rare form of cancer and given six months to live. Yin began practicing Qigong out of desperation and to the surprise of his doctors is still alive 22 years later. While this is a remarkable effect and cannot be guaranteed, stories to this effect are not uncommon.

This article is not intended to be an exhaustive analysis of all the potential benefits of practicing the Internal Arts. We are simply raising awareness of the fact that scientific analysis has verified the remarkable benefits to ones health that these arts provide. Please review these more extensive studies to validate the facts stated above and to learn more. 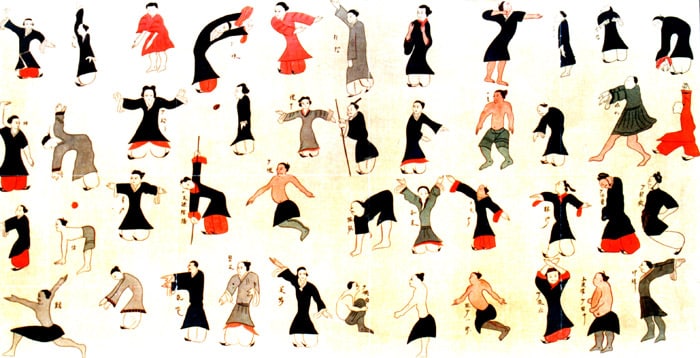 Benefits of Qigong in Combination with Drugs

While these effects are noteworthy and encouraging it is important to understand that, as with traditional Chinese medicine, the Internal Arts are not intended as an urgent therapy. They are most effective as a practice to maintain and enhance health. To receive the most from your efforts the practice should be as integral to your daily life as showering or feeding yourself a good meal. Take the time to care for your well being and your odds of maintaining health will be much stronger.