Putting the “Boxing” in Kickboxing

Hand strikes can take on many forms, including both open and closed hand techniques. The best strike is the one that works, and nothing works better for most fights than a classic punch. Kickboxing techniques derive many of their hand strikes from, you guessed it, boxing. It’s a great sport to be sure, but boxing is also widely utilized in the self-defense arts as well, being one of the easiest ways to learn striking an opponent that also does the least amount of damage to yourself. Yes, punching somebody hurts them, but what most beginning practitioners don’t realize is that you can also hurt yourself when punching an opponent. 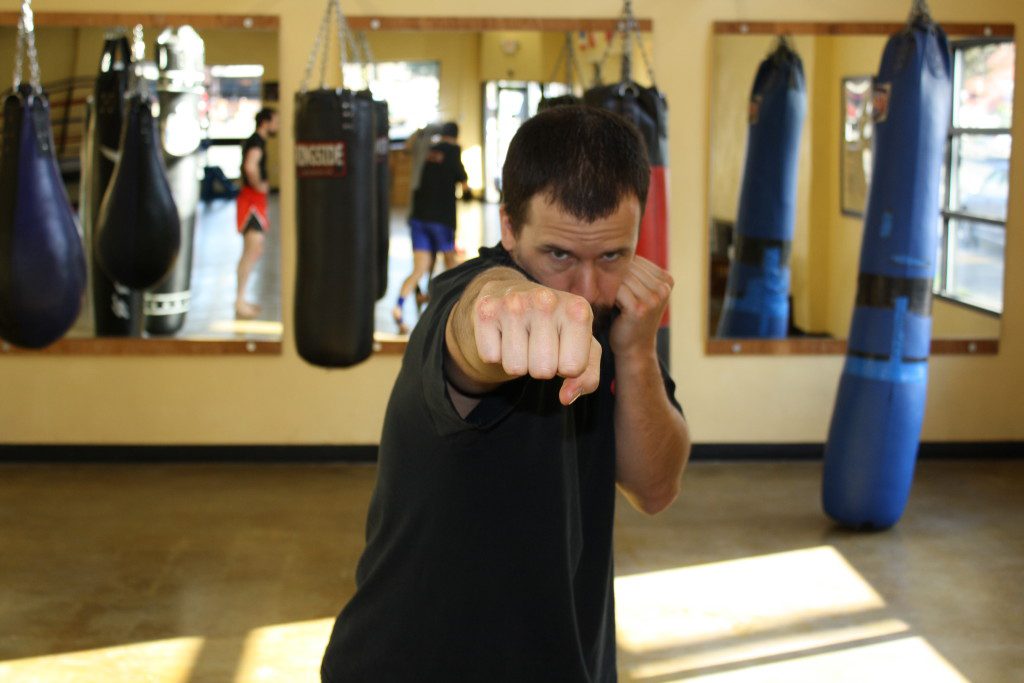 Bones aren’t soft things to hit, and many of your strikes will be aimed at the ribs, face, and forearms of an opponent, all of which are relatively hard surfaces to strike because of the underlying bone structure. This is just one more reason why you should consult a professional trainer before attempting these techniques, as such trainers are able to warn you beforehand how much hitting somebody actually hurts you! So, let’s review the basics of punching.

Punches can be categorized into two basic tiers, light and strong strikes. As a rule of thumb, light strikes are fast, designed to get by an opponent’s guard or to distract them from a follow up strike. Most of these techniques are performed with the leading weak hand. If you connect with a light strike, don’t expect your opponent to go down suddenly. That isn’t to say they won’t be left reeling or confused, but rarely does a light strike finish the job on the first try. Strong strikes, again only as a rule of thumb, are slower, but more damaging. These strikes or punches are typically performed with the strong hand, and are often used as a follow up to a weak strike. Their power derives from the cross body movement of the technique, allowing a longer wind up before actually landing on the target area.

Don’t let these rules of thumb fool you though, I’ve seen many fighters whose timing and movement are so precise or lightning fast that strong strikes land almost instantaneously after a light stroke, and I’ve seen fighters with such immense power that even their light strikes can put a man down in one go. Remember, you don’t always know the opponent you’ll be facing, so keep an open stance and open mind to adapt to the situation. That being said, let’s start reviewing some actual punches.