What is Jiu Jitsu?

A common answer to the question What is Jiu Jitsu would be that it is among the most revolutionary martial arts of recent years. Of course, such a cursory answer does not really narrow down what exactly the art entails and involves. For those curious about what this art is an what it has to offer, here is a brief look at it. 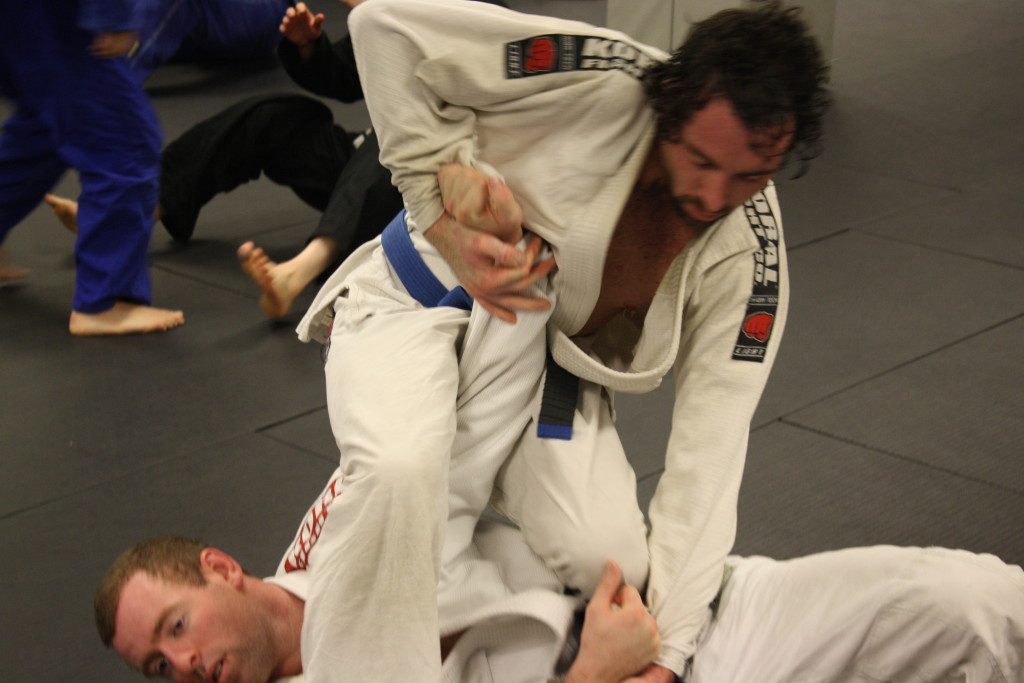 First, we need to distinguish the fact that by “Jiu Jitsu” we are talking about the Brazilian version of the art and not the Japanese one. Japanese Jiu Jitsu (JJJ) is an art of standing self-defense throws, locks, and foot sweeps which is taught in a traditional martial arts format. Brazilian Jiu Jitsu (BJJ) is a ground grappling system which is sportive in nature but has a wide range of self-defense applications when taught as such.

The question What is Jiu Jitsu must always entail explaining the various moves. These applications involve a wide range of different submission holds, pins, counters, reversals, and escapes. Unlike virtually all other grappling arts, Jiu Jitsu is one that involves fighting off your back through the effective use of the guard (body leg scissors). The art is also a jacket wrestling art which uses a Gi that is not very much different than the one used in Judo which is considered one of the parent arts to BJJ. The art is also practiced without the Gi where it morphed with other arts to form a hybrid submission wrestling system.

And yes, there are takedowns and throws although some schools admittedly do not practice them as much.

The question of What is Jiu Jitsu cannot be answered without a discussion of the sport tournament circuit because tournament competition truly does influence the development of the art significantly. The art is one that is ever-evolving and that evolution is based on performance. This greatly sets it apart from the more traditional version of Jiu Jitsu which, sadly, has a tendency to be fixed in time.

What is Jiu Jitsu, Locally?

Does this mean that everyone who practices the art of Jiu Jitsu is someone who competes on the tournament scene? Actually, the vast majority of practitioners do not. As long as you are performing well in class, you should not have much trouble learning the art and becoming proficient at it. However, many of the great innovations in the art derive from competition and then find their way to the dojo where they become part of the learning program. Again, this is a good thing since it helps the art continually evolve. So, you could say the answer to What is Jiu Jitsu is an art that is never stagnant and always grows ensuring it is never stagnant and always modern and innovative.