Wrist locks aren’t necessarily rotational. In the last article, we covered a basic rotational lock, the same side supinating lock. It’s simple, effective, and easy to practice with a willing partner and under trained supervision. This time, we will be reviewing a different type of wrist lock. These are not always effective, nor necessarily as simple, but they should still be part of your arsenal of techniques, because like any true fighter will tell you, not every move fits every situation. This will be a review and explanation of a hyper flexing wristlock, which can be used in conjunction with a rotational lock for maximum effectiveness. 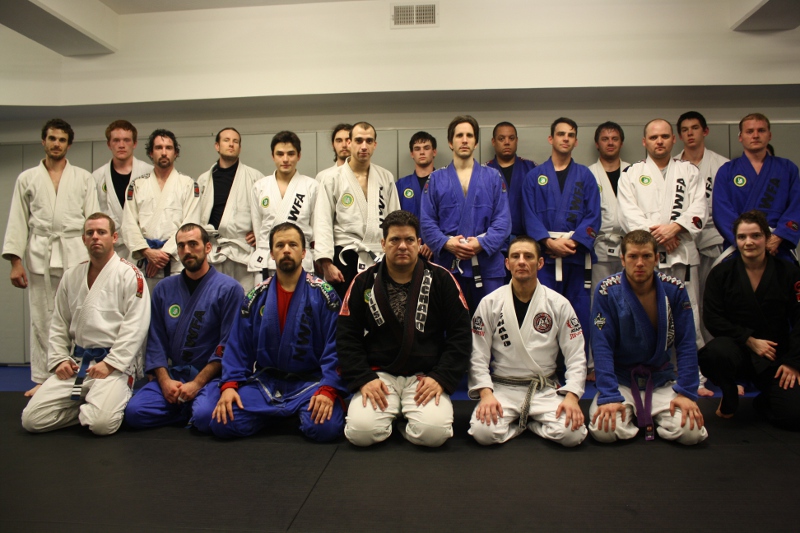 Simply put, a hyper flexing wristlock is when you force the opponents hand to try and touch the inside of their forearm. You can see this in action yourself right now. Raise one of your hands up, and face your palm outwards towards the screen, like you are swearing an oath. Now bend your wrist and fingers down, trying to touch your own forearm. It’s nearly impossible for most people. This is because, once again, of the limited range of motion of individual joints, in this case your wrist. There are two basic positions from which to apply this type of lock: the front, and the back. The end goal is the same however, which is to force the opponent to try to touch his own forearm, with only one or two slight differences.

This type of lock often requires you to use both hands in order to limit the opponents range of motion, as a single hand grip for this type of technique makes it easy for the opponent to free themselves and continue attacking.

Front facing hyper flexing wrist lock: To start, use both of your hands to grab one of theirs, thumbs on the back of their joints. Bend their palm downwards, using the curve of your own knuckles and their wrist as the fulcrum for this lock, lifting their forearm up. From here, you can apply gradually increasing pressure until submission, or you can initiate a rotational lock, which is made more effective by the already hyper flexed wrist.

Back facing hyper flex wrist lock: The idea is the same, but with two slight changes. You want to step into their range of motion from behind them, placing their elbow firmly under your solar plexus while one hand goes under their arm pit and comes to rest on top of their hand. Placing your hands one atop the other, press down on the top of their hand, again forcing their fingers down towards the forearm. The reason for stepping in and posturing is to prevent them from trying to elbow you and escape the lock. As before, you can gradually increase pressure to result in compliance without the need for further violence.