Muay Thai is a martial art that places a lot of emphasis on close-range striking. Instructors focus on areas such as elbow strikes, knee strikes, as well as various strikes from the clinch position. What does Muay Thai teach that can help you both inside and outside of the ring? Aside from increasing your health and mental stability, you’ll become much more flexible and physically lethal once you learn the fundamentals associated with Muay Thai kickboxing. 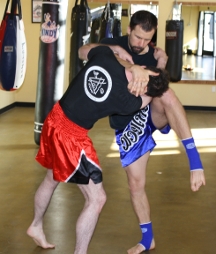 Muay Thai, similar to other forms of marital arts, offers its own unique “point of attacks”. These are areas where the fighter is going to place most of their focus when fighting. Since the majority of strikes are going to take place from a very close distance (between 6-inches and 1 foot), you’ll generally be aiming for an opponent’s abdomen, chin, throat, or chest, mainly trying to strike these areas with your knees or elbows.

The reason why elbow and knee strikes are so dangerous is probably apparent: they are among the strongest points in your body, and once you start using them as a weapon, you’ll be able to do a lot of damage. Not to mention, it’s much more difficult to block an elbow or knee strike than it is to block a punch or regular kick. Training in Muay Thai can help you become familiarized with the various “strike points” that you’ll want to focus on when using this martial art in a real-life fight or self-defense situation.

What Does Muay Thai Teach: Throwing a Proper Knee Strike

There is a lot of technique involved in throwing a proper knee strike. The first thing that Muay Thai focuses on is gaining control of an opponent’s head. Once you’ve gotten the head stable, you can ultimately use it to leverage your knee strikes by pulling the head down and your knees up simultaneously. By doing this in repeated fashion, it’s much less likely that an opponent will be able to effectively defend themselves. 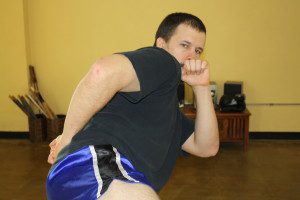 To better answer the question, “What does Muay Thai teach?” it focuses on every aspect of a confrontation or fighting situation. As you participate in this martial art, you’ll develop a higher degree of mental toughness and concentration, as well as have the ability to deliver strikes from just about any angle. The best part is that while these techniques are primarily designed for the ring, they can also be used in self-defense situations.