What is the MMA Formula?

The MMA Formula, which was popularized by Jeff Patterson, is a simple, efficient, and effective formula that you can use as a reference for your MMA training. Basically, it breaks down MMA combat into three basic phases, each of which can be mastered with repetition of MMA drills. With that being said, let’s learn more about this formula. 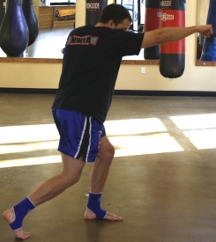 Basically, MMA can be broken down into three main phases:

Each of these phases branch off to other moves and positions. But for now, we will focus on the fundamentals of the MMA formula.

The striking phase includes punches, kicks, knee strikes, elbow strikes, and head butts. Obviously, each technique offers dozens of sub-categories which can also be mastered with the help of MMA drills. For instance, with “kicks”, you could narrow it down to front kicks, roundhouse kicks, and even spinning sidekicks.

This phase includes any kind of grappling that occurs when both opponents are standing up. This phase is very important because you will find yourself here more often than you might think while fighting. The two main sub-phases here include:

By breaking down each position and phase, you will be able to master your stand up grappling by utilizing MMA drills on a consistent basis. Now, let’s go on to talk about the final phase that you will encounter in MMA.

The ground is where 99% of finds end up in MMA. But to become a good ground fighter, you need to understand the various positions and situations that occur here. The two main areas of focus include:

The ground fighting phase is just as important as all of the others, which is why you should do MMA drills to perfect this area of your technique.

Becoming a Specialist in All Three Phases

To become a successful MMA fighter, you need to become a specialist in each one of the main phases and sub-phases listed above. If you can become proficient in all areas of your standup and ground game, you will become a fighter who nobody wants to tangle with.