What is Mixed Martial Arts

MMA, which stands for “Mixed Martial Arts”, is exactly what its name might imply – a fighting style that incorporates a mixture of many different martial arts. These include boxing, wrestling, jiu-jitsu, judo, kickboxing, and many others. Mixed martial arts fighters participate in fights which take place inside of an eight-sided cage called an “Octagon”. What is mixed martial arts fighting all about? 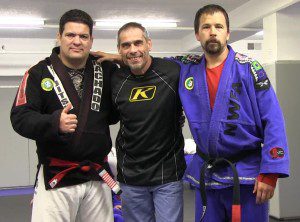 During matches, fighters wear relatively thin gloves, are barefoot, and may wear shin guards depending on the level at which they are fighting (professionals don’t wear shin guards while most amateur fighters do wear them in accordance with the regulations of the sport). Fighters are allowed to grab, kick, punch, and even throw their opponents in order to gain dominant positions, land knockout punches, and even perform submission in the form of leg locks, arm locks, and chokes.

In general, fighters can win one of three ways in a mixed martial arts fight:

Mixed martial arts fights have grown immensely in popularity, mainly because this sport is arguably much more exciting to watch than boxing or wrestling (since it’s essentially a mixture of these sports).

No matter where you travel to in the world, mixed martial arts fighters will have the option of competing in one of seven weight classes: 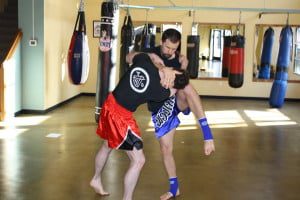 In special cases, and if they are willing, some fighters will opt to fight up a weight class. However, when watching or participating in MMA, you’ll usually see individuals fighting within their own weight classes. Weight classes keep the fights fair by allowing fighters to fight with individuals who are roughly the same size as they are.

Granted, this isn’t always the case as certain fighters might be exceptionally tall for their weight (like Anderson Silva for example). By now, the question, “What is mixed martial arts?” should have been answered with enough detail to help you get started in this sport in your own life.