Earning your black belt in Brazilian jiu-jitsu is a big deal, and isn’t always easy. In some cases, it can take as long as 10 years to get one! For anyone wondering, How long does it take to become a black belt in BJJ? know it isn’t like school in the sense that after an x-number of years, you automatically move up to the next level. The rate by which you move up in rankings will depend heavily on the academy where you’re training, the number of days that you’re training per week, and the rate by which you learn new techniques. 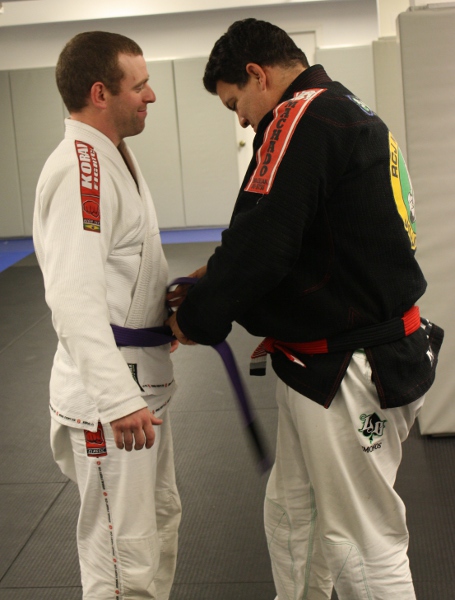 What Are the Advantages of Becoming a Black Belt in BJJ?

There are a few perks associated with becoming a black belt in Brazilian jiu-jitsu. For one, you’ll be able to carry around a visual representation of your years of hard work and training on the mat. Black belts are also less “restricted” while sparring or during tournaments, which basically means that they can legally perform moves that white and blue belts won’t be able to perform (like wrist locks, knee bars, and in some cases, heel hooks). Once you become a black belt, you’ll be seen as a much more credible grappler, and will be easier to open up your own BJJ gym as a result.

How long does it take to become a black belt in BJJ:  Tips

Here are a few tips to keep in mind for helping you earn your black belt in BJJ:

Don’t Skip Classes: Most academies will keep track of how often you attend class by tracking your logins on a computer. If you miss too many classes in a row, they’ll actually subtract your total number of “eligible” classes thus, making it longer before you can earn your black belt.

Train with More Experienced Grapplers: This is perhaps the greatest tip to keep in mind when trying to earn your black belt. As long as you’re training with grapplers who are much more experienced than you are, you’ll definitely get better over the long run.

Now you know the answer to the prominent question, “How long does it take to become a black belt in BJJ?” What should you do once you earn your black belt? Keep training! You can still continue to earn stripes after earning a black belt, and with enough experience, you can eventually open up your own gym and become a full-time instructor.