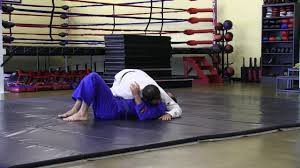 Traditional Japanese Jiu Jitsu will have varying degrees of effectiveness in terms of the way it is taught. The art was originally born from the days of the samurai where joint locks and throws were most commonly employed because it was not as if you could feasibly strike someone wearing armor. The joints on the armor – the wrists and elbow joints in particular – were susceptible to manipulation. Throws an groundwork were part of the mix with Japanese Jiu Jitsu. However, they would become more pronounced in later years when the era of the samurai ended. Since people were no longer wearing armor and instead were wearing the traditional martial arts Gi, the art was modified to incorporate the jacket wrestling style. Some stayed within the traditional standing joint lock approach and others opted to stick with the more combative throwing and ground grappling aspect. Judo would eventually be born from this and the original more expansive ground grappling techniques would be preserved and built upon. So, you could say the argument of Jiu Jitsu vs Brazilian Jiu Jitsu is one rooted in traditional training vs. modern training although there are definitely TJJ systems which are much more modern in their approach to learning and skill development.

Actually, that would be somewhat of an understatement as Brazilian Jiu Jitsu truly did completely revolutionize the martial arts by reintroducing not just ground grappling but a leverage based one which opens the door to being more accessible to a wider range of different people from various different backgrounds.

Now, a common misconception about Japanese Jiu Jitsu is that it lacks effectiveness. The truth is those who train it within a realistic, combative method and integrate BJJ and Judo training into the mix. Such a comprehensive approach helps enhance a traditional art and bring more into the modern era via more effective training methods that keep the original core techniques allowing them to work.

Ultimately, the concept of Jiu Jitsu vs Brazilian Jiu Jitsu is one that should not be considered a “for or against” argument since both arts can complement each other. Learning both is not necessarily a bad idea.