Is Tai Chi Right for You? 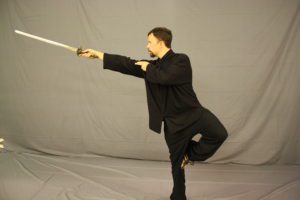 To the person who is just staring out in Tai Chi or is trying to decide if this particular martial art is right for them, the sheer number of different Tai Chi styles can be very confusing. The simple fact is that no matter how you look at it, there are a number of different styles and forms to choose from and unless you understand at least a little about them, it can make choosing which of them might be best for you very difficult.

The fact that there are several different Tai Chi styles and that this can be confusing, can be very discouraging and lead a number of people to look elsewhere for an exercise or martial art to suit their needs. However, as with all things a little knowledge can lead to a better understanding and the ability to make an informed decision. To begin with, one of the biggest differences between the styles is the speed and pace at which the different movements are performed along with the way you will hold your body with regard to posture and intent.

Of all the different Tai Chi Styles, Chen Style is considered to be the oldest and features coiling moves, fast transitions between fast and slow speeds. It is also marked by the stamping moves and explosive releases of power. You will also observe Yang Style moves that are very evenly paced and smoothly flowing moves. Yang style is actually the most commonly practiced form of Tai Chi in the west, but is closely followed in popularity by Chen Style.

At one point in history each of the five major Tai Chi style were the sole property of the family who taught it. Each family would only teach their particular style to members of their household as they were kept secret from all others. However, there is a reason why Chen and Yang styles are very similar with each other. According to the story, the Chen family broke with tradition and taught their style to an outsider by the name of Yang who then left the family to return to his home.

Once there, he modified what he had been taught and created his own style that would become what we know today as Yang Style. Each of the traditional Tai Chi styles, of which there are five, is named after the family who teaches them. They are Chen, Yang, Sun, Wu Hao of Wu Yu-hsiang and Wu of Wu Ch’uan yu and Wu Chien-ch’uan. At the same time you are going to find that there are many variations on these original family styles.

In recent years, there have been many modifications made to the different Tai Chi styles for a number of reasons. For example there is a sitting form of Tai Chi for those who cannot for one reason or another stand to practice the various forms. There are much shorter styles with fewer movements for those who are time crunched but want to practice. You will need to look at the various styles and choose the one that best meets your needs and your goals.