Fight training nutrition plays an important role through all phases of training, but it’s arguably the most important before, during, and after the weigh-in. 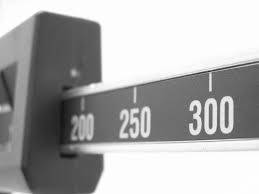 With day-before weigh-ins, it’s less likely that a fighter would be completely de-hydrated and fatigued at the time of the fight. It is beneficial for the UFC and other organizations to have fighters that have had the chance to put all the water weight back on, as they will put on a better show if they don’t get tired and cramp up.  Fighters are also at higher risk for concussions and other injuries when they’re low on fluids.

24 hour weigh-ins also gives promoters a chance to deal with fighters that miss weight. There would be more canceled fights if there were one hour weigh-ins.

Fight Training Nutrition: Getting Into Fighting Shape Versus Cutting Weight

Losing weight and becoming leaner is different than cutting weight.  Cutting weight usually involves shedding water weight (i.e., dehydrating yourself), not losing muscle or fat.  Getting in shape during a fight camp is a transition: Reducing body fat, working on the specifics of sparring and what is necessary for fight night.

A fighter training for a fight should focus on carbs around his sparring, and around fights where it’s needed.  You need carbs to stay mentally sharp.  For workouts where you’re not sparring and focusing more on cardio and/or conditioning, then you can go with fewer carbs, because you don’t need to be as mentally sharp.  This is what some call “training hungry”.

During the actual fight week try to get as lean as possible, but find what’s best for your body.  Some people perform better with a little more body fat.  That’s fine.

A ten pound difference in your body is going to change the way you move, and the way you feel.  Try to train at the weight you’re going to be on fight night.

There are different theories about cutting weight before a fight.  The more “old school” approach involves making weight several weeks in advance, making your weigh-in, then fighting at whatever weight you happen to be on fight night.  This is fine if your opponent does the same thing.  However, we see more fighters today training at a higher weight, cutting weight more aggressively right before weigh-in, and then putting the weight back on in time for their fight.

Fight Training Nutrition: Putting Weight back on after the Weigh-In

Let’s say your training weight is about 185 and you weigh-in at 175.   You should re-hydrate with electrolytes like coconut water, pedialyte, and protein shakes after the weigh-in.

Beet juice has nitrates which open blood vessels, allowing them to carry more fluid, speeding up process of nutrients to muscles. 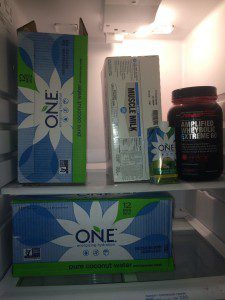