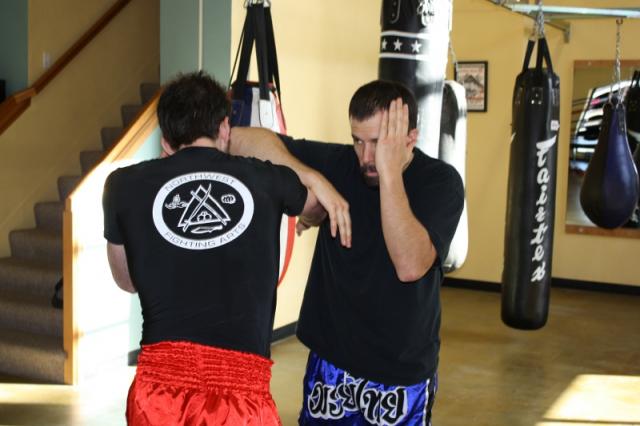 Being a member at and training at NWFA offers more than attending two classes each week. During my first consult with Coach Russell (a short check-in about goals, how class is going, etc.) he mentioned that there are semi-private sessions I could attend with Chad as part of my membership. I signed up to attend an extra 30 minutes each week, Tuesdays after class, to learn more about the philosophy and art of Muay Thai.

This Tuesday was my first semi-private session. The girl I was working with in class that day and a handful of other students attended, probably eight students total. The purpose of these sessions is meant to prepare students who are interested in testing. When a test is passed, students are able to advance to a new level of expertise in martial arts. I think it’s neat that along with this, you advance to a new color.

There’s a sequence of traditions to do during the ceremony that I found to be very interesting. I’m still new to martial arts so didn’t know anything about testing until my first semi-private session with Chad. Some of the traditions that take place, which are ultimately performed in front of judges, including bowing to judges and your opponent and a Thai Kick which is done while standing.

More about training at NWFA 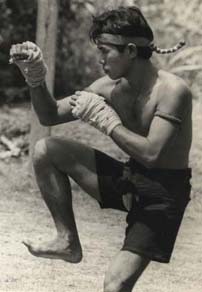 This is an interesting addition to the classes I’ve been taking. The testing seems to involve more of the philosophy behind martial arts, which I’d like to learn more about.