Die by the Blade

This is the seventh post in a series of ten articles detailing the use of Eskrima stick and knife techniques in world famous cinema. The top ten scenes of Filipino Martial Arts in film have already been compiled here: This blog post focuses on the clip which came in at number four: a fight sequence from The Book of Eli featuring Denzel Washington as a biblical warrior. 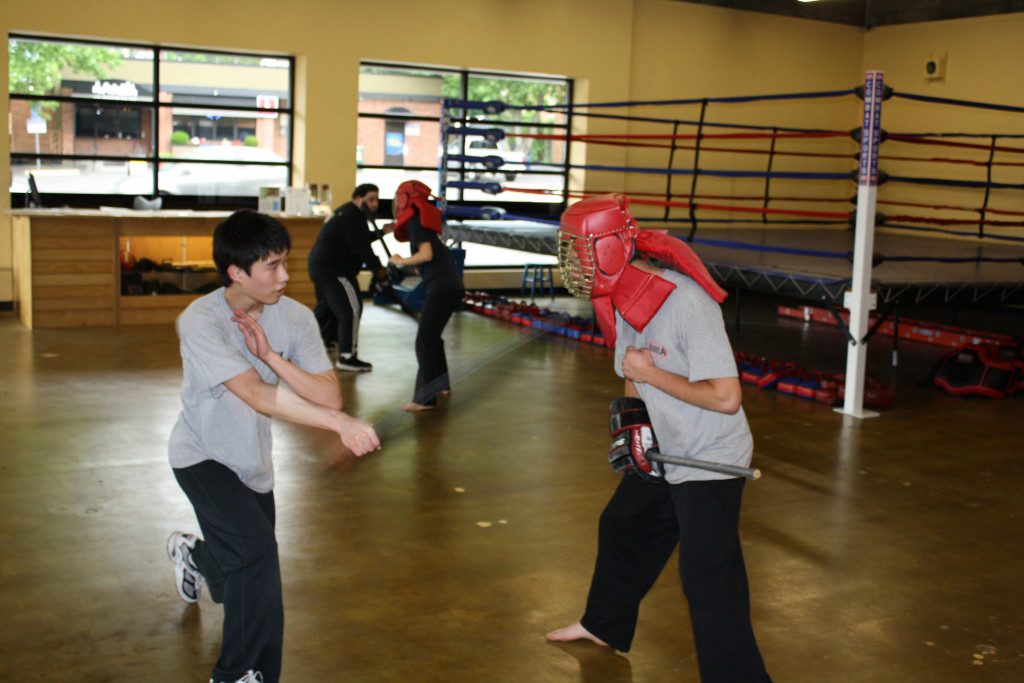 The scene begins with Eli confronted in a bar by a good for nothing lout who is clearly looking for a fight. Rather than show weakness in a such a rough place, Eli responds with instantaneous violence, demonstrating to everyone in the pub that he is comfortable using his Eskrima for self defense. Under normal circumstances such a stunning display of force might have proved adequate to dissuade any other attackers, however it seems Eli has bitten off more than he can chew as a line of men clutching weapons blocks his path to the door. As the line becomes a full circle that closes in, it seems clear Eli has walked into a trap.

Denzel Washington trained in Eskrima for fitness for several months in order to realistically portray combat sequences such as this. Such a practice might be the only thing that saved Eli’s life as he eviscerates a dozen enemies or more. While regular combat training can prepare a person for small, sudden encounters, only regular fighting experience can give an individual the kind of poise and confidence required to sustain combat against such a large group.

Although he is in the middle of a clear room, Eli uses the mass of his enemies the same way an ancient Eskrimador might have used trees, vines and bushes to their advantage. While a Filipino with a couple sticks would seem to have little chance at overcoming several armoured soldiers with swords, it would certainly be possible if the Eskrimador led them into a sinking bog where their armor would be more a hindrance than help, and attack with stealth. Following the same maxim Eli uses tight footwork and pivoting turns to bring his broad blade to bear against multiple foes. With each movement of the sword he parts flesh, and with each step he puts another body between him and the next attacker.

Had Eli run out of the bar at the first possible opportunity, he might have eluded capture from the men with guns who enter at the end of the scene. Such an escape would have been in the spirit of Eskrima, however as with the scene from Wrong Side of Town we see the protagonist’s ego contribute to his downfall. This is a commonplace cinematic technique which sets the main character up for personal growth and eventual victory, whether literal or moral.