The Cross: Your Power Punch

Cross punches derive their name from the fact that you have to cross the striking hand from one side of your body to the other in order to strike. This is a strong striking technique, and it’s power is gained from the long wind up and the hip rotation, adding momentum and body weight to the strike at the moment of impact. While it is a slower punch than the jab, a good strong cross is a great way to wear down their defenses quickly, because it takes a lot out of a person to absorb one of these hits. 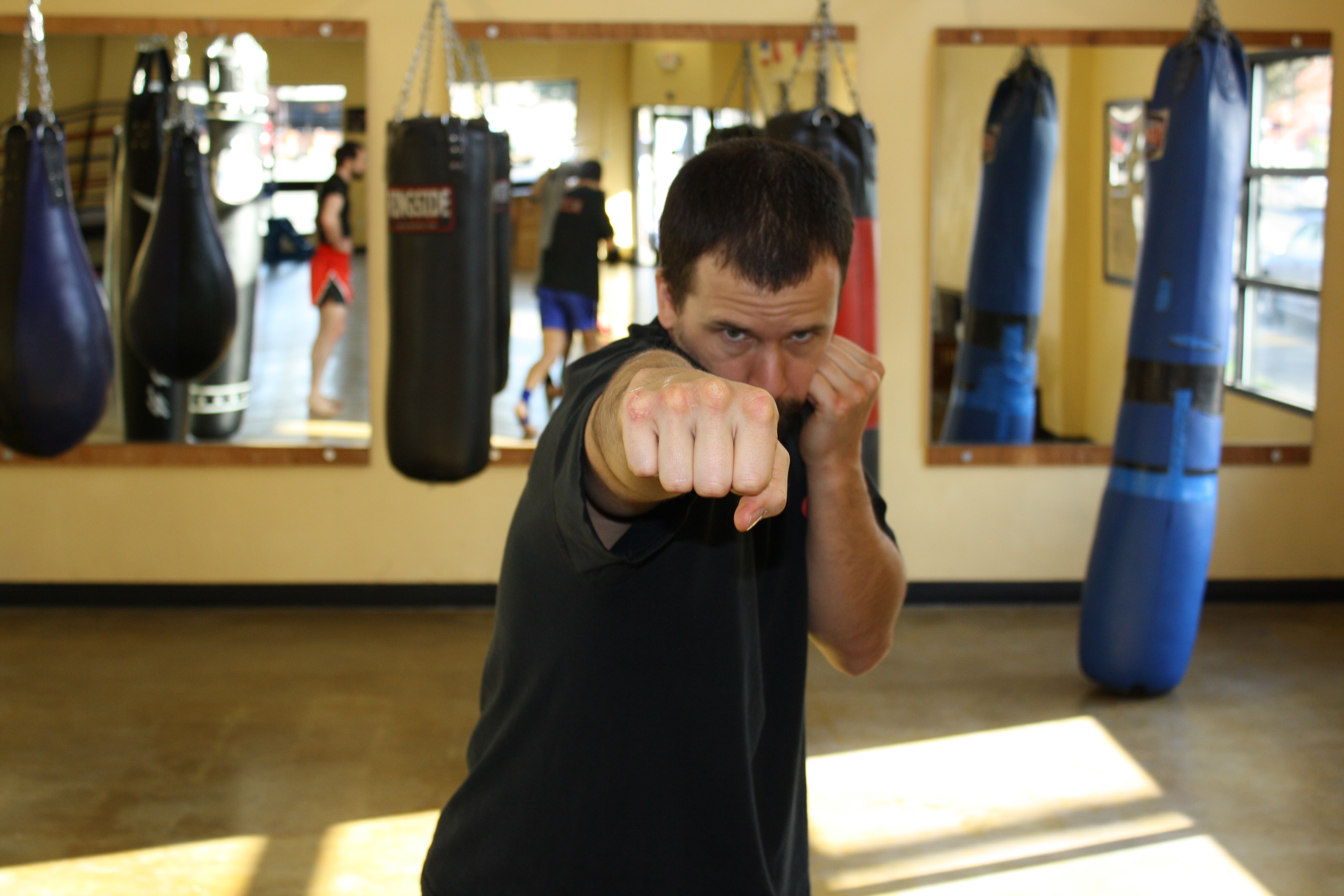 Start by getting in the basic stance once more. Begin moving your strong hand forward towards the target striking area, performing the same basic action as a jab. Move your hand forward, rotating and closing your fist as you do. As your fist travels forward, you want to rotate your hips in a way that follows your punch. This means that for right handed fighters, you’ll rotate counter clockwise, the right hip moving up while weight is transferred onto your lead (left) foot. For left handed fighters, it’s the opposite, the left hip moving clockwise while weight is transferred onto the lead (right) foot. This hip rotation and weight transfer together add immense power to a cross punch. While performing the cross punch, don’t forget to keep your guard up. As you punch with your strong hand, bring back your weak leading hand to your face, which closes off an opening that an opponent might use to counter attack.

A cross punch can be aimed at any portion of the body within reach. For many, a cross punch is best if aimed straight from the guard position, striking towards an opponent’s face, particularly towards their cheek and eye areas. This punch has been known to break the zygomatic arch surrounding an opponent’s eyeball, which may result in black eyes, split eyebrows, knock outs (concussions), and in extreme cases, orbital dislocation. For those of you who didn’t take anatomy classes, that means your eyeball pops out of the socket and dangles by the nerve. Incredibly disturbing and painful, and it requires immediate professional medical attention. So, as with all of the techniques we talk about, do not attempt this power punch without professional supervision.

While a cross is a very powerful strike, the technique is a bit slower, as previously mentioned. This means that it is best if used in conjunction with another punch first, such as the jab we covered earlier. We’ll talk more about combinations in later posts.