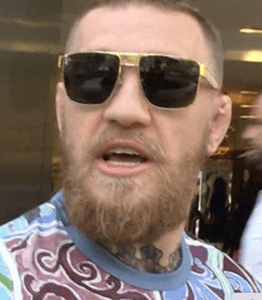 Most believe that when Conor McGregor fought Nick Diaz at Welterweight that he put on extra mass. McGregor added to the belief by stating: “It’s a nice feeing, steaks everyday for me, steaks for breakfast, steaks for lunch, steaks for brunch. Grass-fed, massaged beef all day long. It’s a nice feeling and my body is reaping the rewards.”

When Conor McGregor weighed in for UFC 196 he was clocking in at 168lbs. This is only a couple pounds heavier than his normal training weight.

So even though many McGregor fans are stating that he was gassing out due to carrying extra weight going into the fight. But knowing what we know now, that McGregor was in ideal condition going into his fight, we have to see that the main issue was Conor McGregor’s lack of pacing.

Maintaining a clear mental state and maintain solid self control is essential in any fight.  What’s your opinion, could Conor McGregor have beat Diaz if he kept a cooler head in the match?

If you are interested in learning how to fight MMA like Conor McGregor and Nick Diaz check out our MMA classes in Portland.  Take a free trial, whether you want to compete or are looking for a way to test yourself contact us and see what it like to get out on the mat.