This article takes the fifth position in a sequence of ten blog posts analyzing the use of Eskrima or Kali in famous films. The top ten Filipino Martial Arts fight scenes have already been compiled here:  This article will examine number six on the above list, an adrenaline filled duel taken from The Bourne Ultimatum. 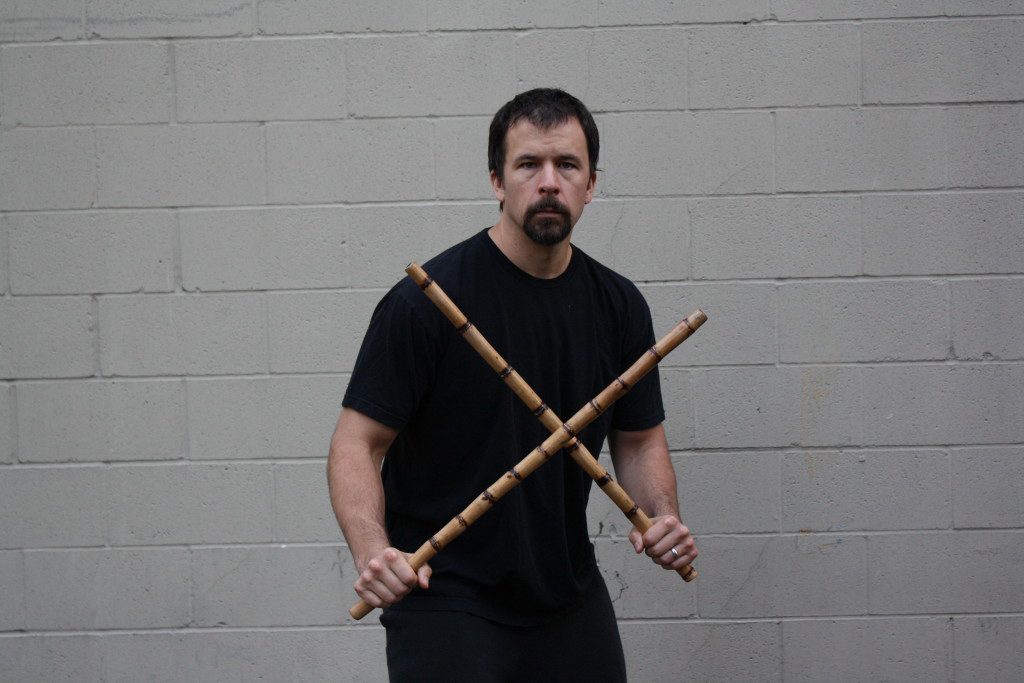 In the past two articles we have become familiar with Jason Bourne as an unstoppable force, a ruthless killer, and a man who always works on his own. However in the third instalment of the thrilling series we see Bourne forced to ally himself with Nicky, a former communications operator who he met in The Bourne Identity. Upon learning she is being hunted by an assassin named Desh who is his equal in every way, Bourne is forced to free run across open rooftops and launch himself through a pane glass window to stop the kill.

The upper story of the apartment building erupts in violence. Bourne gains control of Desh’s firearm but loses it shortly afterwards and finds himself trapped in a bad spot. Only Nicky’s intervention keeps the fight going as she jumps on Desh’s back and peels him off Bourne by the cheek, using an old Irish streetfighting technique known as a fishook. If Nicky had studied Eskrima for self defense like the other two characters in the scene, she might well have gouged Desh’s eye instead and we would have missed out on the brilliant combat that follows.

For the first time in the trilogy it appears  Jason Bourne may be outmatched. Desh demonstrates all the mobility and skill we have come to expect from Jason Bourne, but does so with a cold ruthlessness that makes the title character look like a teddy bear. However as both men exhaust themselves and Desh seizes a heavy candlestick as a bludgeon, Bourne’s knack for finding ways to win returns. He utilizes an old hardcover book for both blocking and striking, managing to employ Eskrima stick techniques even with an awkwardly shaped object.

In desperation Desh abandons his bludgeon and clinches with Bourne again, using a perceived power advantage to fling Bourne around and throw him into the bathroom. Desh claims a straight razor and attacks with a series of slashes, letting the edged weapon inflate his confidence. However without a killing point he is unable to stab, the swiftest means of attacking with any blade. Bourne recognizes this and seizes a simple washcloth which he uses to ensnare and disarm Desh. Here again we witness Bourne’s killing experience as he transitions from a wrist tie to a chokehold and strangles his opponent to death.