Can you use Brazilian Jiu-Jitsu In A Bar?

Can you use Brazilian Jiu-Jitsu in a Bar?

If you visit bars regularly, chances are that you’ll eventually get into an altercation. Alcohol tends to make people lower their inhibitions, and because of this, you may find someone wanting to fight you. Assuming that you can’t get away, Can you use Brazilian Jiu-Jitsu in a bar? In short, yes, it can.

The beauty behind Jiu-Jitsu is that it essentially “mimics” any type of self-defense situation that you might experience in real life. While Jiu-Jitsu doesn’t really defend against weapons, it does defend against punches, kicks, and throws. Let’s face it: most people who start fights at bars have no prior experience in martial arts.

Even if you only have a little bit of experience in BJJ, you’ll mostly likely be able to dominate them and control the fight. Not only will Jiu-Jitsu teach you how to keep your cool, but it will also teach you the techniques and moves needed to control a fight without hurting yourself or permanently hurting the opponent either. 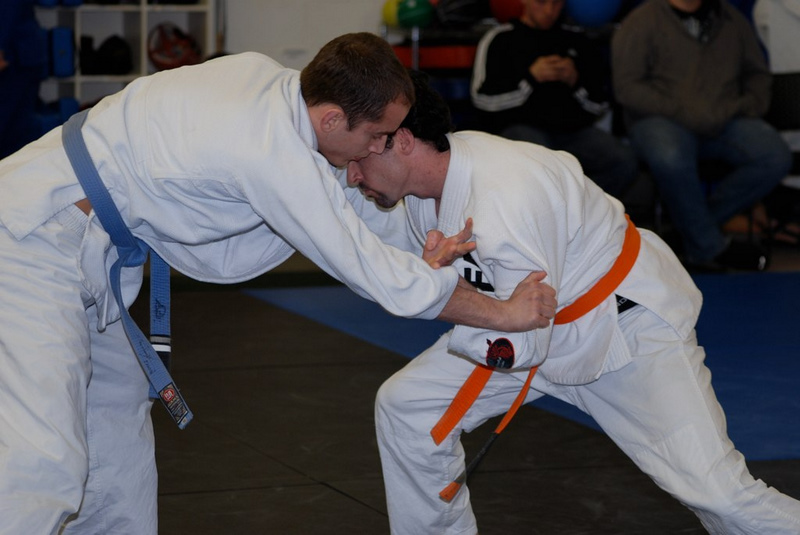 Remember that practicing BJJ with a gi is the best way to mimic a real-life self-defense situation in a bar. This is because the collars on a gi closely relate to the collars on someone’s leather jacket for example. This means that the exact same collar choke will prove to be effective on both opponents. In fact, it will probably be much easier to perform this at the bar considering that you’re up against an opponent who A) Doesn’t know Jiu-Jitsu, and B) Has been drinking far too much.

Important Note: Don’t Break Bones Unless You Have To

Unfortunately, just because you know how to perform an arm bar, doesn’t mean that you should actually do it. Why? It all boils down to the legal system. In most cases, if you end up breaking an opponent’s bone, you’ll be the one ending up in serious trouble.

This is why it’s so incredibly important to label yourself as the victim early on in the fight. If you can demonstrate to witnesses that you’re the victim, and that the other person started the fight, then it’s more likely that nothing will happen to you in court. So if you’re in a fight, and you have an opportunity to break an opponent’s bone, think twice. Instead of breaking a bone, consider choking them out instead. They’ll be out cold, in which time, you can escape or call the police (or both).