Muay Thai For A Street Fight?

There’s no doubt that in a self-defense situation, you want to be as prepared as possible. Can Muay Thai be used in a street fight? Yes! In fact, in a street fight, this form of martial art is excellent. During training, you’ll learn how to use your elbows and hands to deliver knockout blows that could potentially save your life. Muay Thai is designed to deliver an immediate knockout thus, allowing the fighter to end the altercation as swiftly as possible. 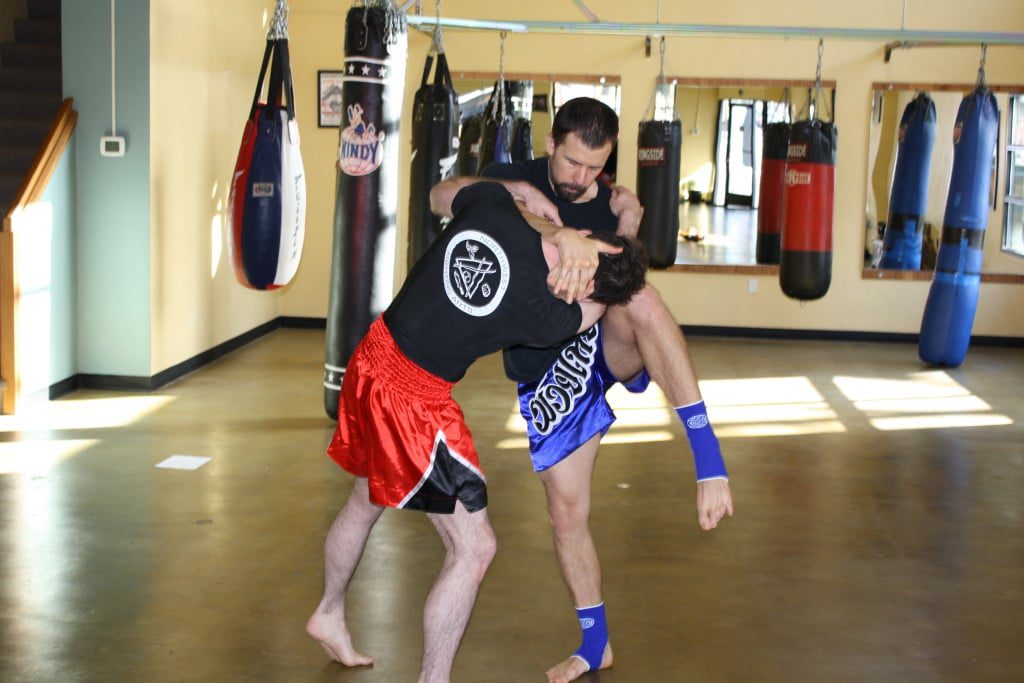 Dominate in the Clinch

In fighting in general, the “Clinch” refers to a 50/50 position in which both people have their arms under hooked and over hooked over each other, but neither one has gained a dominant position. The beauty behind Muay Thai is that you’ll learn exactly what to do in this position. Trainers can teach you how to effectively knee in this position as well as how to use your elbows and circle out of the clinch if necessary.

For instance, in a clinch position, you can deliver a knee to the abdomen, which would almost certainly knock the wind out of an untrained opponent. You can also use the close distance to your advantage by delivering potentially-lethal elbow blows to the face, throat, or upper body area. If you want to dominant in the clinch and other short-range situations while standing up, Muay Thai is definitely the martial art to learn.

Use Kicks as a Primary Weapon

Aside from having the ability to deliver strong elbow and knee strikes, all Muay Thai kickboxers share another common ability: to deliver powerful kicks to any region on the body. It has often been speculated, and proven by countless videos on the internet, that fighters in Thailand would harden their shins by kicking banana trees for hours on end. An example of this can be viewed here. Granted, this isn’t the only way to build up shin strength, and probably not the most enjoyable, but it can get the job done. 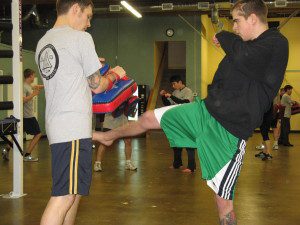 If you’re wondering whether Muay Thai be used in a street fight. Then you can probably see by now that it can. Just like any other form of marital arts the fighter. needs to be adequately experienced. You must be very familiar with the scenarios and techniques involved so that you can effortlessly transition them onto the streets in the event of a self-defense situation.