A Triangle Choke For Self Defense

Brazilian Jiu Jitsu has a wide range of highly effective self-defense methods and—unlike many martial arts—you have the opportunity to practice these techniques against a resisting opponent. One of the most popular and effective techniques in BJJ is the triangle choke.

The triangle choke is usually applied from your back, although it is possible to secure it from other positions as well. To apply the technique from your back, you must isolate one of the attacker’s arms and wrap your legs around his head and the arm in a figure-four position. 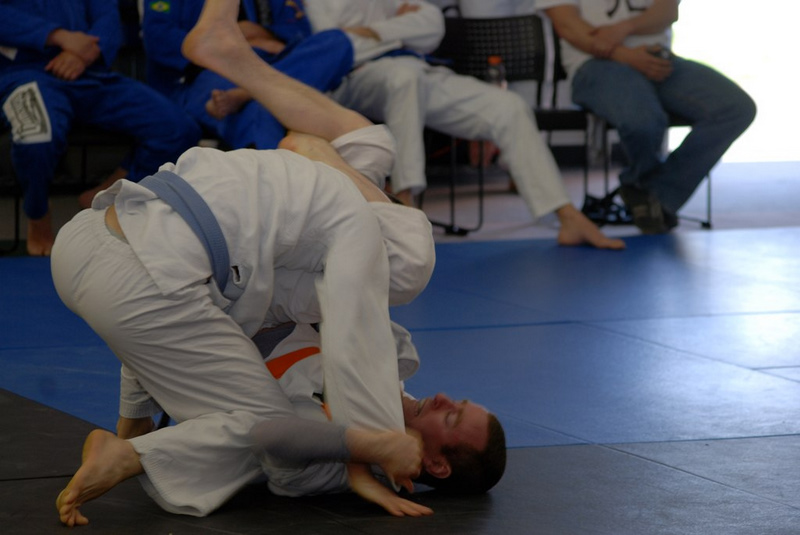 You bring the arm across your abdomen to one side and then apply pressure by pulling his head down and extending your hips. Your leg and the attacker’s own arm are preventing the flow of blood to his brain and if you do not release the pressure, he will go unconscious.

The triangle choke is extremely effective in self-defense situations for a number of reasons. First, most attackers leave themselves vulnerable to the triangle choke when attacking you on your back. They probably will not even realize they are being choked until it is too late! Secondly, the triangle renders your opponent unconscious so that you can escape or find help. Other self-defense techniques may only injure the attacker without stopping him.

Click Here To Learn More About The Triangle Choke for Self-Defense and other Brazilian Jiu Jitsu Techniques in Portland!

The triangle choke is also an extremely effective technique for preventing sexual assault. Since many sexual assault situations happen on the ground with the person on their back, this provides a perfect opening for a triangle choke. Even if the attacker is much stronger or larger than yourself, you can still apply the technique and put an end to the attack before you are injured.

When you are attending Brazilian Jiu Jitsu classes, you get the chance to practice the triangle in sparring situations. Here you will see what it takes to effectively apply the technique when your opponent is resisting. This is one of the best ways to train yourself to react correctly in the event of a real attack.

The triangle choke is one of the fundamental techniques of Brazilian Jiu Jitsu and can save your life in a violent encounter. No matter how strong or aggressive an attacker may be, the triangle can put them to sleep and give you the chance to escape.