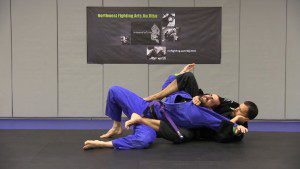 When it comes to becoming the fittest you have ever been, there is no workout in the Portland area that is better for you than taking Brazilian Jiu Jitsu classes. Pavel Tsatsouline, the man that is responsible for having launched the modern kettle bell revolution, once said that one of the worst things that ever happened to strength training and athletic training was bodybuilding. And it is true because when you look at what most people are doing in the gym, it is not about functional strength that they can use throughout their lives.

The Differences in Brazilian Jiu Jitsu vs Weight Lifting

Even though people with large muscles may be able to lift heavy weights, they lack the functional strength that a Brazilian Jiu-Jitsu expert has. When it comes to grappling during BJJ classes you use so many different variations of physical strength that your body has to adjust to keep up. Some of the different strengths that you use are strength endurance, power speed, and static strength, and you train them simultaneously. This leads to you not only becoming stronger, but also becoming more conditioned with each of the Jiu-Jitsu classes that you take.

One of the benefits that training Brazilian Jiu-Jitsu has when it comes to working out also benefits you when it comes to an actual situation in which you need to defend yourself. Even if you have never been involved in a fight before, it is probably not hard to understand that once you realize that you are involved in a real fight your adrenaline goes up and you find yourself almost in a breathless state. That is why BJJ classes so often prepare people to fight under fatigue and stress. It is vital that people understand how to breathe while they are under stress and while they are in static positions. Good breathing techniques are vital to generating more endurance.