Boxing is a sport that has been around for quite some time, and has had its fair share of fatalities and tragedies. But accidents occur in sports all the time. Is boxing really considered that dangerous compared to all of the others? Before signing for training classes in up, almost everyone will want to know, “Is boxing safe?” Below, we’ll attempt to answer this question as accurately as possible. 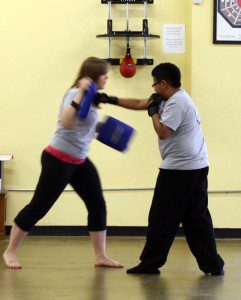 How is Boxing safe?

It isn’t uncommon for people to look at boxing and say, “Wow, that’s a dangerous sport!” But little do they know, cheerleaders actually experience more injuries at a collegiate and high school level than athletes of many different sports combined. So why it is that boxing gets such a bad rep? It’s partly because of the media, and partly because of Hollywood.

Take the movie “Million Dollar Baby” as an example – in the movie, the fighter ends up getting paralyzed and eventually dies. Muhammad Ali, the greatest boxer to ever live, ended up getting diagnosed with issues related to his brain as a result of fighting for so many years. It’s because of these few, yet, prominent moments that individuals start perceiving boxing as a dangerous sport when it actually isn’t.

Just like any other sport, boxing is as safe as you make it out to be. As long as fighters and coaches are following strict safety precautions, there is very little chance that boxers will sustain any serious injuries throughout the course of their careers.

Safety precautions can include the wearing of headgear while sparring or making sure that the referee of a bout knows how to recognize when a fighter can no longer defend themselves (more common in amateur fighting and no so much in professional fighting). When you’re cutting weight in boxing, for example, it’s never a good idea to starve yourself and then spend an hour inside of a steam room with a plastic bag covered over your body. In this case, you’re simply asking to end up in the hospital – or even worse. 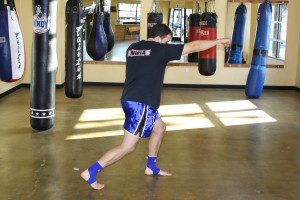 Is boxing safe? Per 100,000 athletes, boxing doesn’t even rank on the top 5 list for the highest amount of injured athletes. The top ones include cheerleading, football, and even soccer, rendering the entire idea that boxing is the most dangerous sport a myth. As long as the right safety precautions are followed, boxing isn’t any more dangerous than riding a bicycle.